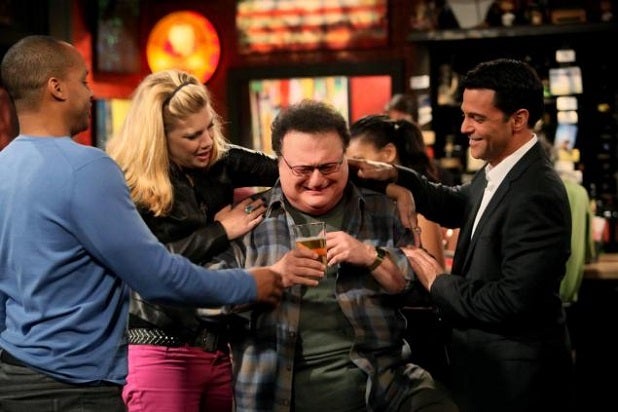 TV Land doesn’t plan to break up with “The Exes” anytime soon.

The network has given a fourth season to its sitcom “The Exes,” starring “Scrubs” alum Donald Faison and former “Seinfeld” villain Wayne Knight.

The 12-episode fourth season of the series, which wraps its current season on Feb. 26, will premiere in the summer.

The series stars Faison, Knight and David Alan Basche as divorced roommates who strike up a bromance after being forced to live together by their divorce attorney/landlord. “The King of Queens” alum Leah Remini recently signed as a recurring cast member playing Nicki, the sister of Basche’s Stuart character.

So far, Season 3 of “The Exes” has averaged 1.3 million total viewers, a 69 percent boost over the network’s primetime average.