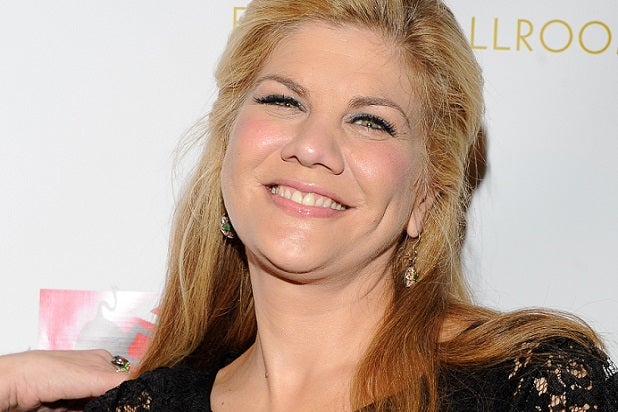 Don’t expect Kristen Johnston to be tuning in for the upcoming fifth season of “Real Housewives of Beverly Hills.”

“3rd Rock From the Sun” alum Johnston, who currently stars on the TV Land comedy “The Exes” (which premiered its new season Wednesday), weighed in on Bravo’s many-tentacled “Real Housewives” franchise during an interview with TheWrap this week, saying that it “sets women back.”

And in case that wasn’t enough of an indication of her feelings on the “Real Housewives” crew, Johnston said that when she first watched “Real Housewives,” she likened it to an apocalypse.

“I’ve never liked the ‘Housewives,’ ever. I’ve seen a few episodes and I didn’t get it,” Johnston, who plays divorce attorney Holly Franklin on the TV Land sitcom, said.

“A lot of my very intelligent, wonderful friends adored it, so I tried, and I just kept going, ‘This is the end of the world!’ You know, I’m sorry, I can’t.”

Also read: ‘The Exes’ Star Kristen Johnston on Her Search for a Man This Season and That Wayne Knight Death Hoax

Johnston went on to opine that the “Real Housewives” franchise, with its emphasis on back-biting and fighting, has done a disservice to females of the world.

“I mean, talk about something that I think has set women back,” Johnston said. “I mean, my god; I think it’s bad.”

Moreover, the actress — whose “Exes” costars include “Seinfeld” alum Wayne Knight, Donald Faison, David Alan Basche and Kelly Stables — said that the housewives’ bad behavior has developed an influence that extends beyond the franchise itself and to society as a whole.

“What I think people don’t get is that something like that … that actually starts dictating how people talk to each other, and how women are treating each other,” Johnston said. “They’re inspired by it. I see it a lot on social media, where women just attack each other. It’s horrible stuff, and I know that the roots are in that, I really do. I mean, I believe it to be so.”