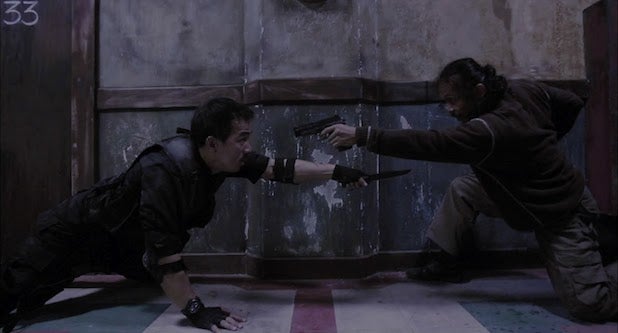 As “The Expendables 3” buzz begins to build, filmmaker Patrick Hughes is in negotiations to direct “The Raid” remake for Screen Gems and XYZ films, TheWrap has learned.

XYZ Films will produce with Gareth Huw Evans, who directed “The Raid” and its ambitious sequel “The Raid 2,” which hits theaters in March.

Brad Inglesby (“Out of the Furnace”) wrote the script.

Casting has yet to begin but the Hemsworth brothers have been mentioned as possible targets for the hard-hitting action movie.

The original “Raid” followed an Indonesian S.W.A.T. team tasked with storming a building where a violent gangster and his thugs reign over innocent residents. One young cop has a mission of his own – to rescue his drug-dealing brother from the chaos inside.

The remake will feature a similar storyline, though it may be difficult for Hollywood stars to perform the brutal hand-to-hand fight scenes and other stunts with the same intensity as the original film’s martial arts experts.

Hughes has been rumored to be Screen Gems’ top choice for several weeks, as first mentioned by TheWrap during a visit to Shia LaBeouf‘s art exhibit #IAmSorry.