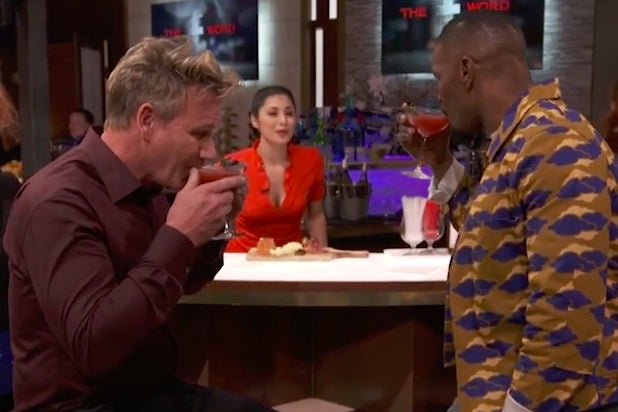 Gordon Ramsay and Jamie Foxx on 'The F Word'

Fox topped its all-Gordon Ramsay Wednesday in the key 18-49 demographic with the season premiere of his “MasterChef” and the series debut of the man’s live “F Word.”

Fox was first in ratings with a 1.0 rating/4 share in the advertiser-coveted demographic, but third in overall audience members with an average of 3.4 million, according to preliminary numbers. “MasterChef” at 8 p.m. netted an appetizing 1.0/5 and 3.5 million viewers. “The F Word” at 9 landed a 1.1/4 and 3.4 million viewers.

CBS and Univision tied for third in ratings, both with a 0.6/3. Despite airing all reruns, CBS was second in total viewers with 4.72 million; Univision was fifth with 1.6 million.

ABC was fifth in ratings with a 0.5/2 and fourth in viewers with 2.3 million, running entirely repeats.

The CW was seventh in ratings with a 0.3/1 and in viewers with 1 million, airing only reruns.