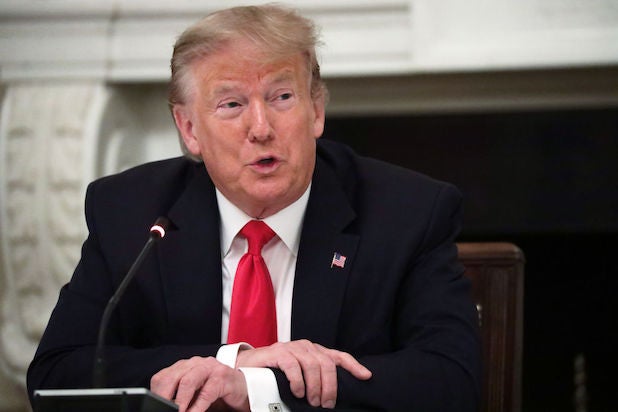 Facebook has taken down a Thursday post from Donald Trump, in which he shared a doctored video of two toddlers, after receiving a copyright complaint from the rights owner of the original footage, a company spokesperson confirmed to TheWrap on Friday.

The video, which was also shared on Trump’s Twitter account but was slapped with a “manipulated media” label, is a doctored version of footage that originally aired on CNN showing a black toddler and a white toddler giving each other a hug. The manipulated version Trump shared described the white child as a “racist baby” who was likely to vote for Trump and said the black child was “terrified” of the white child.

Also Read: CNN Urges Trump to 'Be Better' After He Posts Phony Video of Network Story About Two Toddlers

On Friday afternoon, Jukin Media — a company that represents a parent of one of the toddlers who owns the rights to the video — released a statement saying it had not given Trump “permission to post the video.”

“We believe this his unauthorized usage of the content is a clear example of copyright infringement without valid fair use or defense,” the company said. “Separately, in no way do we support or condone the manipulated video or the message it conveys.”

Jukin Media said it had sent the copyright complaint to Twitter said it hopes the platform will “take swift action” to remove it.

As of Friday afternoon, the tweet is still up with the “manipulated media” label. A spokesperson for Twitter did not immediately respond to TheWrap’s request for comment.