The second episode of “The Falcon and the Winter Soldier” was a whole lot of exposition, but it did bring us a few big reveals. Chief among them: It (apparently) isn’t Batroc or Zemo leading the Flag Smashers, it’s Karli Morgenthau.

Obviously, that’s an unfamiliar name. We’ve never met her in the MCU, unlike other villains in “The Falcon and the Winter Soldier.” So logically, the next guess would be that she’s a character from the comics — and that’s kind of true. But in the comics, she is a he.

Karli Morgenthau seems to be based on Karl Morgenthau, better known in comic lore as — you guessed it — Flag-Smasher. But, as always, the MCU appears to be tweaking the Morgenthau story a bit.

In the comics, Karl Morgenthau — created by writer Mark Gruenwald and artist Paul Neary in 1985 — is the son of a wealthy diplomat. When his father is killed in a riot, Karl becomes radicalized, deciding that his father had pursued the goal of world peace and unity too passively. So, Karl decides to spread the message of peace using violence. (Yes, it’s all very standard comic origin story).

Also Read: 'Falcon and the Winter Soldier': Yes, Isaiah Was Another Captain America

Clearly, things are a bit different in “The Falcon and the Winter Soldier.” For starters, Karl has become Karli. And we don’t know much of her story yet. We know that she’s a Freedom Fighter, looking to restore the world to the way it was during The Blip. We also know that she’s developing a reputation.

“You’re becoming a bit of a legend,” the man offering Karli and her comrades sanctuary says. “I hear more and more people talk about the freedom fighters who are pushing back. They call you Robin Hood.”

Though the man notes that everyone loves Karli, clearly, that’s not entirely true, as she receives these ominous text messages as she enters the safehouse. 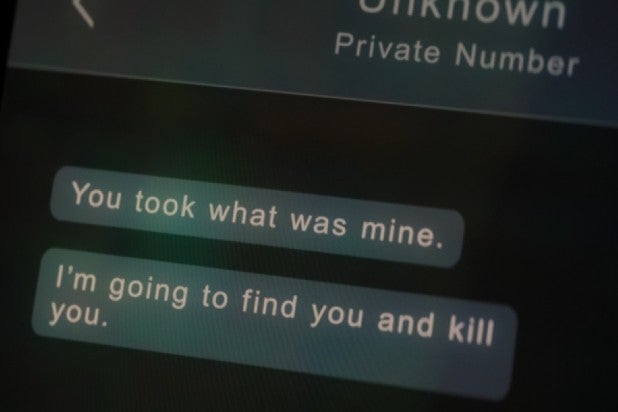 Beyond that though, we don’t know much about Karli yet. We simply know that she’s a wanted fugitive, considered armed and dangerous, and we know her cause.

“We can’t let the same assholes who were put back in power after The Blip win,” she tells her comrades. “The GRC care more about the people who came back than the ones who never left. We got a glimpse of how things could be.”

The GRC, if you didn’t catch it, is the Global Repatriation Council. They’re the group in charge of reinstating citizens who were blipped, restoring their healthcare, social security and other things of the like. But, as Lemar Hoskins points out, The GRC is “basically just managing resources” while he and John Walker keep things stable on the ground.

But even Hoskins and Walker don’t know much about Karli Morgenthau. They haven’t even been able to track her; they’ve simply kept tabs on her by tracking citizens who’ve helped her. Right now, she’s a bit of a ghost.

It is worth noting that, in the comics, it was eventually revealed that Morgenthau was part of the organization U.L.T.I.M.A.T.U.M., which stood for Underground Liberated Totally Integrated Mobile Army To Unite Mankind. Sounds awfully similar to the goal of the Flag-Smashers, no?

Obviously, there’s no way to know if this piece of Morgenthau’s story will be part of “The Falcon and the Winter Soldier.” After all, we JUST met  S.W.O.R.D. in “WandaVision” and now we have the Flag Smashers and LAF. Adding a third evil organization in there would be a lot, but it may be worth keeping an eye out for.

For now, we’ll just have to wait until next week to hopefully get a little more depth on Karli. Because she’ll definitely be showing up again.