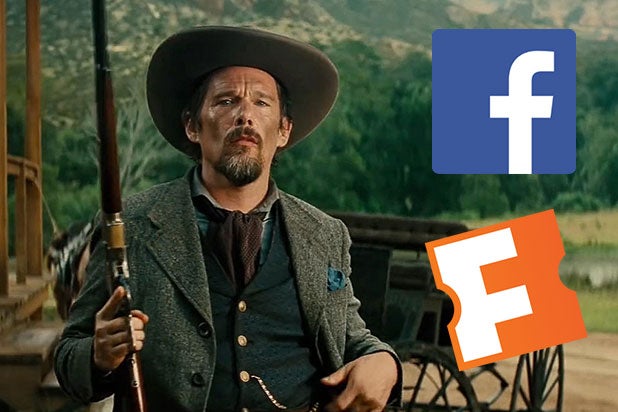 Facebook users will soon be able to see showtimes and buy tickets from Fandango while browsing the social media platform, the mobile ticketing service announced Friday.

Users will be able to access Fandango through ads or directly on the movie’s Facebook page. The new ticketing service is set to rollout over the next week in anticipation of “The Magnificent Seven,” “Kevin Hart: What Now?” and “Storks.”

“We are thrilled to introduce Fandango ticketing on Facebook,” Fandango president Paul Yanover in a statement said.  “Not only is this a huge convenience for the millions of movie fans who are discovering and sharing their love of movies on Facebook, it is also a big win for studios and exhibitors, who are looking to activate moviegoers’ interests into ticket purchases.”

Also Read: You Can Finally Buy ArcLight Tickets on Fandango

According to the company’s statement, 680 million people are connected to a Movies Page on Facebook.

In April, Fandango and Facebook Messenger announced that they would be teaming up for their so-called “bots,” which provided mobile ticketing for the user.

“The Fandango bot on Messenger will act like a personal concierge, helping fans instantly discover movies and nearby theaters, and for the first time, connect to all Fandango show times and ticketing through Facebook,” Yanover said at the time.