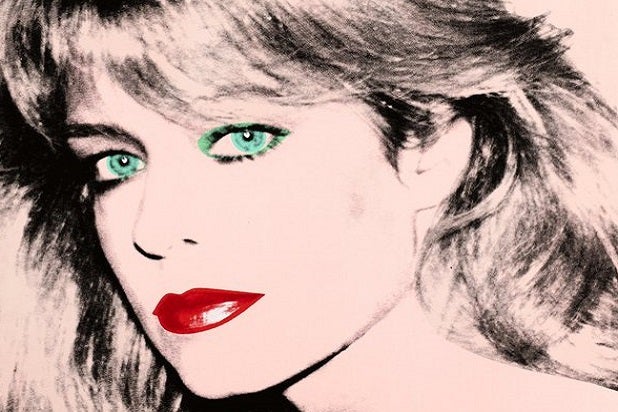 The Los Angeles court system will be getting a touch of pop art flair on Wednesday, when the epic legal battle between Ryan O’Neal and the University of Texas over an Andy Warhol portrait of Farrah Fawcett begins.

O’Neal, Fawcett’s former longtime significant other, and the University of Texas Board of Regents have been locking horns over the portrait for the past two years. In 2011, UT sued O’Neal, saying that he had wrongfully obtained one of a pair of nearly identical portraits of the actress painted by Warhol, and that the actress’ trust had bequeathed the artwork to the school.

(Fawcett, who died in 2009 at age 62, was born in Corpus Christi, Texas, and attended the University of Texas at Austin.)

In his own cross-complaint against UT, O’Neal accused the Texas school system of using its “vast publicly funded financial resources to bully and harass” the actor into giving up the artwork.

Also read: Ryan O’Neal to University of Texas: Gimme Back My Warhol!

“O’Neal will not submit to the University’s bully-tactics,” the cross-complaint reads.

O’Neal maintains that Warhol gave one of the portraits to him, and the other to Fawcett. The other Warhol portrait is on display at the University of Texas at Austin.

The University of Texas maintains that it’s merely trying to respect the actress’ “charitable intent and wishes.”

“We simply want to honor and respect the charitable intent and wishes of Farrah Fawcett.  It is indisputable that in Ms. Fawcett’s living trust, she named the University of Texas at Austin as the sole beneficiary of all of her works of art, including artwork she created and all objects of art that she owned, for charitable purposes,” said Randa S. Safady, Ph.D, UT’s vice chancellor for external relations, in a statement. “We therefore have a legal and fiduciary responsibility to pursue fulfillment of the requests outlined in her trust instrument.”

The actor is also trying to gain ownership of a napkin doodle that he says Warhol drew for himself and Fawcett.

According to O’Neal, who says in his cross-complaint that he befriended deceased artist Warhol in the 1970s, the artist gave him and Fawcett artwork “on several occasions” and the napkin doodle is a much his property as anybody’s, since it was inscribed to both himself and Fawcett.

O’Neal’s attorney has not responded to TheWrap’s request for comment on the trial.