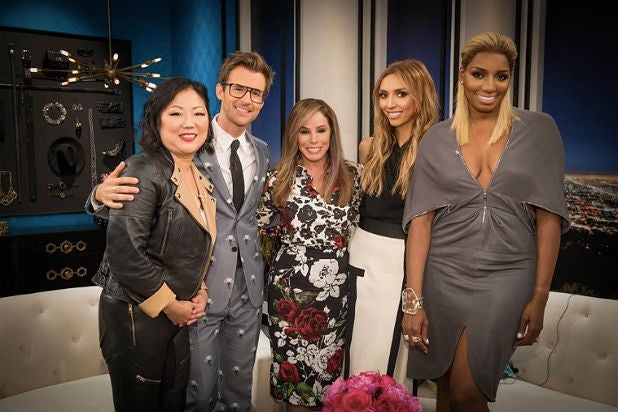 It’s been a tumultuous year for “Fashion Police” but the style-conscious E! show had a successful relaunch on Monday, at least according to social media users.

The E! special was the first new episode since Kelly Osbourne‘s high profile departure in the wake of the Zendaya scandal last February, when Rancic said “I feel like she smells like patchouli oil and weed.” A short time later, Kathy Griffin, who had been brought in to replace the late Joan Rivers, also abruptly departed the series and E! yanked the show off the air.

Guest star Margaret Cho scored top marks from viewers and Twitter users Monday, some of whom begged for her to become a regular on the show.

“Great job on Fashion Police. Joan Rivers is beaming with pride,” wrote one Twitter user.”Love her on here! She will say what everyone is too scared to say!” wrote another.

Cho, who appeared along with former “Real Housewives of Atlanta” star NeNe Leakes, even got away with a cheeky joke about VMA host Miley Cyrus smelling of patchouli oil, much to Rancic’s surprise.

Fortunately for fans, Cho tweeted that she’d love to come back to the show, saying it “feels like family.”

Can @margaretcho PLEASE PLEASE be a regular on #FashionPolice Love her on here! She will say what everyone is too scared to say!

Thanks everyone! I'd love to do more episodes of @e_FashionPolice #feelslikefamily XOXOXOXO

So @margaretcho totally owned that episode of #FashionPolice. Best part hands down.

.@margaretcho COMPLETELY won #FashionPolice with her Miley comment. Way to bring it back around to weed and patchouli!