The Federal Communications Commission moved Thursday to fulfill President Obama’s pledge to adopt a rule to preserve an open internet.

In the face of controversy and a fierce lobbying effort from phone company and other internet service providers, FCC commissioners agreed to start the procedure to create a net neutrality rule. 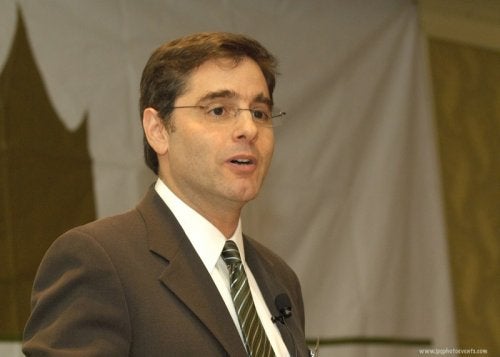 In an statement earlier Thursday, FCC Chairman Julius Genachowski said the goal was to allow “each and every user of the Internet” access to “an unlimited online universe of ideas and commerce with the final say about their online experience.”
The internet, he said, "is and has been an open platform and it is that openness — and the extraordinary benefits it has brought for our country — that we seek to preserve through the proceeding we launch today."
Noting that the commission’s previous actions regarding the internet, "while laudable," have lef the protection of a free and open internet "unnecesarily vulnerable and uncertain," he said it was time to move forward with consideration of "fair and reasonable rules of the road.”
As a result of the vote, the commission will develop a Technical Advisory Process based, Genachowski said, "on sound engineering principles and not on politics.”
Julie Knapp, the FCC’s Office of Engineering and Technology chief will oversee the commission’s effort.
The net neutrality fight is over fears that internet service providers will turn internet service into a two lane highway — a fast lane for favored content providers and a slower lane for everyone else. The FCC’s rule would bar content providers from using technical means to discriminate between similar legally provided content.

The FCC’s action drew praise from net neutrality supporters and concerns from critics, many of whom have questioned why the government should regulate a web that has thrived through deregulation.

David L. Cohen, executive vice president of  Comcast Corporation, said his company shares and embraces the FCC’s objective of an open internet, but “we may ultimately not agree on the level and extent of government involvement needed to accomplish this important objective.”

He said the next generation broadband will cost $350 billion to build.

“We continue to hope that any rules adopted by the commission will not harm the investment and innovation that has made the Internet what it is today and that will make it even greater tomorrow," he said in a statement.
Richard Whitt, a Washington legal counsel to Google, a company which has supported net neutrality, suggested there is a strong need for FCC action.

“The Internet was built and has thrived as an open platform, where individuals and entrepreneurs — not network owners — can connect and interact, choose marketplace winners and losers, and create new services and content on a level playing field. No one seems to disagree with that fundamental proposition. This new proceeding is aimed at opening a national dialogue on how best to protect that unique environment. For our part, we fully support the adoption of "rules of the road" to ensure that the broadband on-ramps to the Net remain open and robust,”  he said.

“Network neutrality protects the fundamental rights of Americans in using the Internet and accessing content, applications, and services of their choice,” they said in a statement. “A well-reasoned network neutrality policy also ensures a level playing field for companies large and small as they create an online presence, and will continue to foster the entrepreneurial innovation found not only in corporate office suites, but in college dorms across the country.”

And the Writer’s Guild of America West, an early supporter of net neutrality, issued its own statement of support of FCC action, suggesting the web is just developing as an alternative distribution platform to TV for independent producers and net neutrality is essential to preserving the platform.

“We believe ‘net neutrality’ will protect the open marketplace that currently exists on the internet and prevent the kind of consolidation that has allowed six media conglomerates to achieve control of traditional media outlets, to the detriment of independent production and diversity of content,” John Kosinski, director of government affairs, told TheWrap.

“The WGAW does not want to repeat the mistakes made in traditional media in new media,” he said, citing the repeal of network financial interest and syndication rules in the 1990s.

Along with preserving a free and open internet, Genachowski said it was important to promote investment and innovation in the web.

He said he rejected the notion that we must choose between open Internet rules and investment by service providers in their networks. “FCC rules over the years have been a powerful spur to investment and innovation.”

Broadband providers, he said, “must be allowed meaningful latitude to solve the difficult challenges of managing their networks and providing their customers with a high-qualityInternet experience.”

But, he said, they must also be “transparent about their network management practices, which should foster private resolution of disputes and reduce the need for government enforcement.  That, in fact, is the overall goal of an open Internet framework.”

The government, he said, should “not be in the business of running or regulating the Internet. Government should promote competition.”