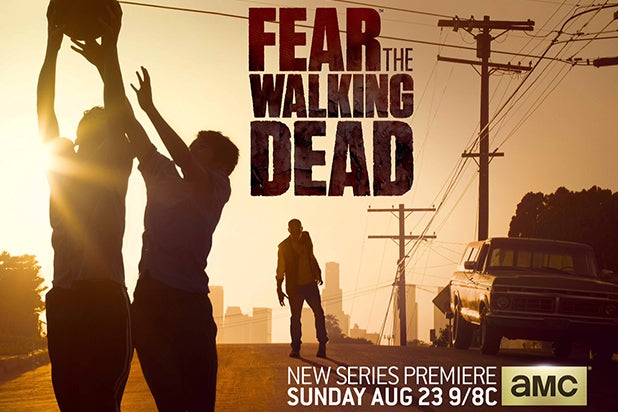 Something ominous is on the horizon on the poster for AMC’s zombie spinoff series “Fear the Walking Dead.”

The prequel/spin-off of “The Walking Dead” is set in Los Angeles and tracks the outbreak that brings about the zombie apocalypse. Kim Dickens, Cliff Curtis, Frank Dillane and Alycia Debnam-Carey star as the family caught in the middle of the unfolding chaos.

“It starts as a family drama and filter the apocalypse through that,” showrunner Dave Erickson said during the panel for the show last Friday at Comic-Con in San Diego, where the first trailer premiered.

As the poster (above) teases, the world is one in which kids are still innocent and oblivious to the dangers around them, but trouble is lurking nearby.

“Fear the Walking Dead” will premiere on Sunday, Aug. 23 on AMC.