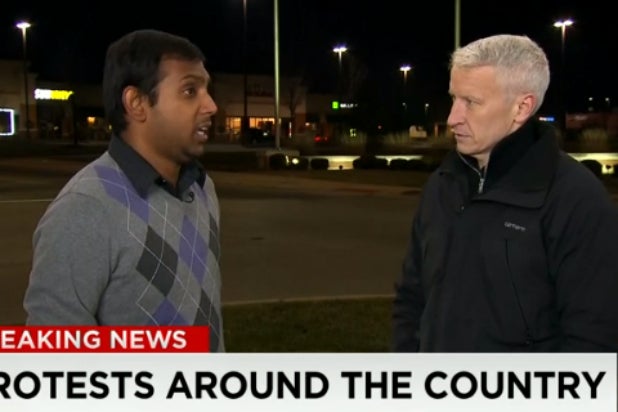 Tuesday night was a much quieter one in Ferguson, Missouri, as an increased national guard presence quieted the riots from a night earlier, when the grand jury’s decision to not indict police officer Darren Wilson in the shooting death of teenager Michael Brown was first announced.

Likewise, cable news ratings were softer than the rise they received on Monday evening. That night, more than 16 million people tuned in to cable news during the 9 p.m. hour, when the verdict was revealed. On Wednesday night, just over six million flipped to Fox News Channel, CNN, MSNBC and HLN during the comparable hour.

Some things stayed the same night-to-night, however. For example, CNN topped primetime in the key news demo, people ages 25-54, while Fox News Channel was first in total viewers.

Among total viewers, which count everyone age two and over, Fox News was well-ahead in primetime with 2.984 million viewers.

FNC topped CNN in total viewers in each of the 8, 9 and 10 p.m. hours, not just across the primetime average. However, CNN took over that metric in the later evening hours.