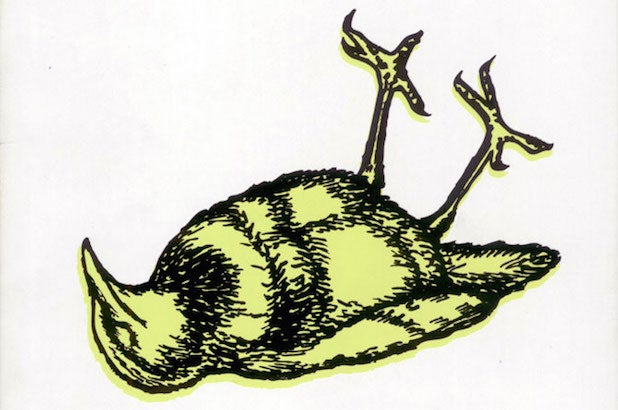 “Lullaby” is particularly personal for Palahniuk, who wrote the book as he weighed the decision of capital punishment for the man who murdered his father.

The pitch-black story follows a newspaper reporter who suspects an African chant known as a “culling song” may be behind a series of cases of sudden infant death syndrome, which also claimed his own child. After he discovers the “lullaby” has the power to kill anyone whether spoken or merely thought, he begins to use it on people both accidentally and on purpose.

Palahniuk revealed the “Lullaby” news earlier this week, and Leake told TheWrap that he and Mingo have been excited by the response from the author’s fans.

Mingo wrote on Facebook that he’d like to shoot in Portland and eastern Oregon if the state legislature expands the Oregon Production Incentive Fund, but otherwise, the production would likely head to Louisiana. Leake told TheWrap that they hope to start shooting early next year.

“I’m honored and humbled to be bringing one of my all time favorite novels to the big screen with my production partner Josh Leake and our new production company, Mindpollen. This is going to be quite the adventure,” Mingo wrote on Facebook, whose wife is in a writing group with Palahniuk and “Wild” author Cheryl Strayed.

Mingo already has a good rapport with Palahniuk, having previously teamed with the author on the short film “Romance,” based on a short story from Palahniuk’s upcoming collection “Make Something Up: Stories You Can’t Unread.” The collection, which will be published on April 7, includes a story titled “Excursion” that features “Fight Club” protagonist Tyler Durden and serves as a precursor to Palahniuk’s breakout book.

“Chuck and I are friends so working with him just seems like an extension of that friendship. Chuck also has a very conscious view of the separation between his written work and its cinematic representation, which I suspect he learned early when ‘Fight Club’ was first released. With the story, ‘Romance’ that I adapted from one of Chuck’s short stories, he was very supportive with his comments when I was writing the script. I bought the rights to the story for one dollar and a bottle of wine. Wine has always been a big part of our friendship,” Mingo joked to Portland Film earlier this year in an interview conducted by Leake, who also serves as the founder and executive director of the Portland Film Festival.

Leake recently produced “Glena,” a feature-length documentary about a female MMA fighter that was picked up by Showtime after premiering at Slamdance in 2014. He’s currently developing several projects including a narrative feature adapted from a New York Times bestselling book.

Mingo teaches digital filmmaking at Oregon’s Clackamas Community College and has lectured at the Paris-Sorbonne University regarding the process of adapting Palahniuk’s fiction for the screen.