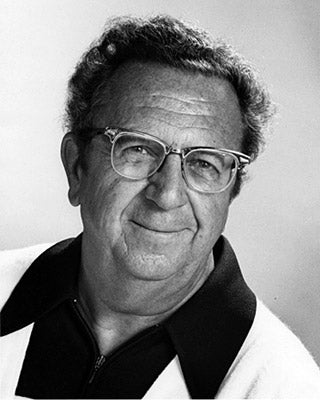 Composer Nathan Scott, who scored such television classics as "The Untouchables" and "Dragnet," died Saturday at his Los Angeles home. He was 94.

The cause was age-related illness.

In a career that spanned four decades,  Scott also composed music for "The Twilight Zone," "Rawhide," "My Three Sons," and "Have Gun Will Travel." His influence was felt most directly on "Lassie," the long running show about a boy and his dog, for which Scott worked on all but four episodes.

Prior to working on television, Scott churned out music for radio and film throughout the 1940s. In film he worked for Republic Pictures arranging, conducting, and composing music for genre films and westerns.

Scott’s son Tom Scott became a prominent composer and musician in his own right, writing music for television show such as "Starsky and Hutch" and collaborating with Johnny Mathis on the theme to the 80’s sitcom "Family Ties."

Scott is survived by his second wife Frances McCune Scott; his son Tom, and a daughter, Linda Colley, a brother, and two grandchildren.