No, we’re not talking about film festivals that travel around in a truck with a projector and reels.

We’re talking about festivals that screen and award movies made for the mobile platform: phones, laptops, iPods and any other device that travels easily. Some call it “cellphone cinema” and others “mobile moviemaking.” 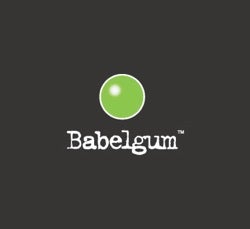 Whatever you call it, it’s growing as fast as the use of smartphones, which Nielsen Research says will surpass so-called “feature” phones in the U.S. by 2011.

NYU professor Karoly Bardosh who teaches cell phone cinema at NYU’s Kanbar Institute of Film and Television, is one who knows. He’s not only writing the book (quite literally) on the topic, but has been jetting between India, Australia and Hungary setting up new mobile film festivals. For a list of mobile film festivals, click here.

“I just got back from India for our 3rd Festival of Cell Phone Cinema there,” he explains.

“This summer I am invited to introduce Cell Phone Cinema in Australia and in the Dominican Republic by organizing their first national mobile film festivals. In October I will be in Hungary as Artistic Director and Head of Jury for a digital/mobile phone filmmaking competition centering on the three current "Capitals of European Culture: Essen, Pecs and Istanbul" as designated by the European Union. This is a new version of our 3 minutes in 24 hours "DIGI-24" filmmaking competition started 5 years ago.”

Babelgum, an Italian company that’s made a name for itself by bringing professional content to its free, ad-supported internet and mobile platforms, just announced the winners of its 3rd Babelgum Online Film Festival (BOFF3), including the Jury Award winners, which screened for the public on April 28 at the 2010 Tribeca Film Festival in New York.

The professional jury included Carlos Battilana, Jean-Pierre Bekolo Obama, Richard Linklater, Sally Potter, Annie Sundberg, Eric Watson and Jason Wishnow. “I was encouraged by the quality of the films and I’m happy to see the mission of the festival more and more fulfilled,” said Sundberg, who directed/produced The Trials of Darryl Hunt and The Devil Came on Horseback. “An online and mobile competition focused on seeking out and rewarding emerging filmmaking talent has been long overdue.”

According to Bablegum, over 35,000 people viewed more than 275 films in the competition and over 10,000 votes were cast via the Babelgum web and mobile platforms during the twelve-day voting period. Approximately ten films in each of the four categories — Animation, Narrative, Nonnarrative, and Documentary — were shortlisted and made eligible for cash prizes totaling $24,000, with the final decisions being made by the jurors.

The winning films can be viewed at www.babelgum.com/online-film-festival and on the Babelgum mobile platform, along with all the films entered in the BOFF3 competition, including the Audience Award winners.