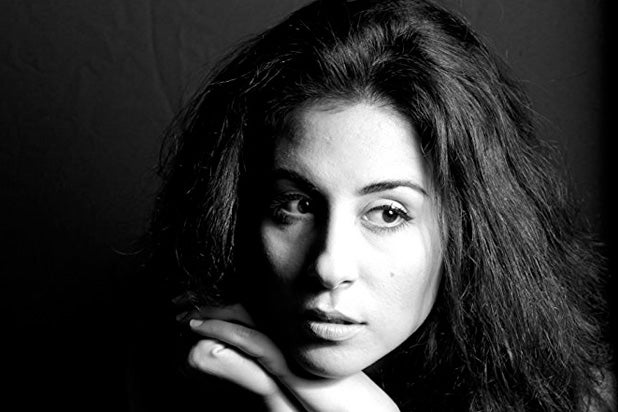 Any woman who has worked in the industry is familiar with the harsh realities of struggling to find paid work and retaining a certain momentum to keep their careers afloat.

Statistics are one thing, but the reality is, Hollywood is full of innovative female creators in all aspects of the industry — and each and every one of them have a unique approach to embracing an industry that is both chaotic and comfortable, rewarding and devastating, or inspiring and discouraging.

What inspired you to start working in film?

It started as a passion for expression. I grew up as a dancer, I did ballet for 10 years, and then I went into theater and started acting and going on too many auditions… I got way too many people saying, “You are the perfect prostitute!” or “You’re the perfect best friend!”

And I was like, “No, I’m going to create roles for myself.” That led to me directing and writing and producing and realizing this is my truest calling, being that artist for people and for myself.

Your short film premiered at Cannes. How did that come about?

I believe everything happens for a reason and I believe that things that are important in life come back to you in full circle. You may not know it when you’re in the middle of the journey, but you will know it when it comes back around. When I was in drama school in London, we were studying “Three Sisters” by Anton Chekhov, and five years later, I was asked to produce a short film inspired by “Three Sisters,” then just days before production began, my friend who was meant to direct it handed me the reins and said, “I can’t act, produce, direct and do all these things at once at this point in my career. You know the material, you were in the play, take it.”

So I kind of fell into directing. It was never my intention or my plan; it was just one of those cosmic happenings. It was a three-day shoot with a quarter-of-a-million-dollar budget — so imagine never directing anything in your life, and… [laughs] it was huge, huge, huge for a short. It was a period piece set in the 1930s in Mississippi. It was a beautiful film, and it inspired me to continue on as a storyteller and director.

Also Read: Women Now Get Half of Speaking Roles on TV Shows - But Only If the Creator Is a Woman

The film premiered at Cannes — was that the first big moment in your career?

I don’t take any of it for granted, because in every freelance filmmaker’s life, you go through periods of immense success and momentum and periods of harnessing and hibernating. Some people think of it as hunger or failure, those slow times, but it’s not — it’s just manifesting yourself for the next big project.

Do you remember the first big setback you had in your career?

It happens all the time. As a freelancer, you always have to be working to survive. So even though I don’t always feel creatively and artistically satisfied, I’m still breathing a little bit of my life into other people’s’ visions. I have to constantly remind myself I’m not a nanny anymore. [Laughs] I’m constantly working on my craft, and even in these slow times, I have to remind myself I’m a part of this huge picture. That’s what keeps pushing me to keep going.

What other firsts are you looking forward to in your career?

I’m so excited about my first feature film. I have a few stories that are coming into fruition. Then again, it’s all about timing. Even if you think that you’re at the right place and it’s the right time, it may not be the right time for whoever you bring on board with you. I’m so stoked to bring to life another one of my stories, but the timing is everything, and when that time comes, I’m ready to send it out into the world.

You’re currently working on a project called “Portraits in Motion.” Can you tell me more about that?

I’m really excited about the portraits. We congregated 134 different people from different backgrounds — different races, religions, shapes, sizes — and brought them into a very sacred space in my home and I basically did a guided walk-through of emotions. I took them into different places in their life and different scenarios, and I asked them to express back to me the feelings of the human condition without voice. This project is unlike anything I’ve done before, and it’s so special because it’s about bringing people together. You will see yourself in these people.

View In Gallery
BIO Jessica Hobbs
Jessica Hobbs is a writer from Durango, Colorado. After spending nearly four years in Denver working in reality TV as a writer's assistant, postproduction coordinator, and associate producer, she moved to Los Angeles to work at the Sundance Institute. In 2015, she wrote, produced, and directed her first short film, "Jeremy." She is currently producing a feature-length comedy she co-wrote, "Amy Gets Her Man," which will shoot in August 2017. Two web series, "Green Eggs in Hell" and "The Rosé Divorcée," are also in the works.

Jessica Hobbs is a writer from Durango, Colorado. After spending nearly four years in Denver working in reality TV as a writer's assistant, postproduction coordinator, and associate producer, she moved to Los Angeles to work at the Sundance Institute. In 2015, she wrote, produced, and directed her first short film, "Jeremy." She is currently producing a feature-length comedy she co-wrote, "Amy Gets Her Man," which will shoot in August 2017. Two web series, "Green Eggs in Hell" and "The Rosé Divorcée," are also in the works.