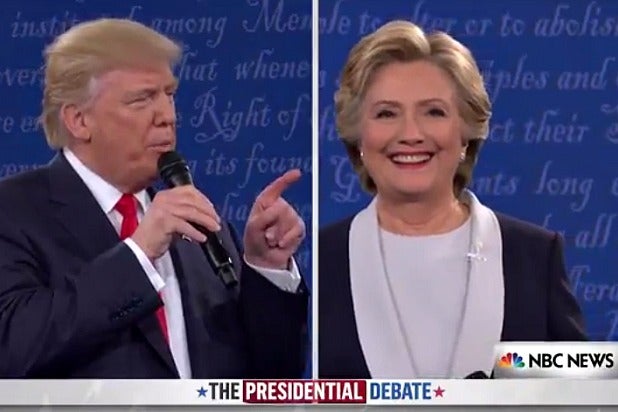 The final presidential debate doesn’t start until 9 p.m. ET tonight, but voters can turn to Donald Trump’s Twitter feed to get a likely preview of what talking points he will use to attack Hillary Clinton.

Trump is essentially fighting for his political life and if you’ve paid attention during the past 16 months, it’s clear he will pull out all the stops. We’ll probably hear all about media bias, rigged election, and pay for play during the final showdown in Las Vegas.

Moderator Chris Wallace has a tough job on his hands in a debate that could get ugly. Check out 5 ways Trump will attack Clinton, based on his Twitter feed:

Trump has been using the hashtag #DrainTheSwamp a lot lately, so you can be sure he’ll mention it tonight. When Trump refers to “draining the swamp,” it’s a reference to fixing a broken Washington, D.C.

Thank you Colorado Springs. If I’m elected President I am going to keep Radical Islamic Terrorists out of our country! #DrainTheSwamp pic.twitter.com/Te4gCaosDz

Trump loves to call Clinton “the most corrupt” candidate of all time, and the recent WikiLeaks have only given him more ammunition.

Hillary is the most corrupt person to ever run for the presidency of the United States. #DrainTheSwamp pic.twitter.com/xA3YO8YzCq

Trump has been declaring that the entire system is rigged for quite some time. Tonight shouldn’t be much different.

Crooked Hillary colluded w/FBI and DOJ and media is covering up to protect her. It's a #RiggedSystem! Our country deserves better! pic.twitter.com/n2NpH3zmcy

Trump often mentions that Clinton’s foundation accepted money from foreign countries and donors while she was Secretary of State. He recently tweeted an adorable cartoon explaining the situation.

Trump will undoubtably mention the recent leaks of Clinton campaign staffer emails, as he has attacked both the content of the leaks and the media’s lack of coverage.

Hillary Clinton should have been prosecuted and should be in jail. Instead she is running for president in what looks like a rigged election