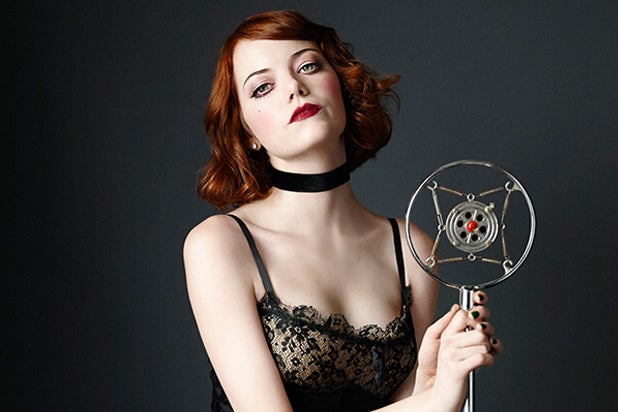 Broadway is saying willkommen to Emma Stone, and has released the first photo of the “Birdman” actress set to make her debut on the Great White Way in “Cabaret.”

EW has the first photo of Stone gussied up as Kit Kat Klub cabaret singer Sally Bowles, dressed in lingerie and clutching a microphone.

The “Amazing Spider-Man” and “Magic in the Moonlight” actress will make her debut in the show on Nov. 11, replacing Michelle Williams in the Roundabout Theatre Company’s production. Williams’ last performance at Studio 54 will be Nov 9.

See the first photo of Stone in character below.