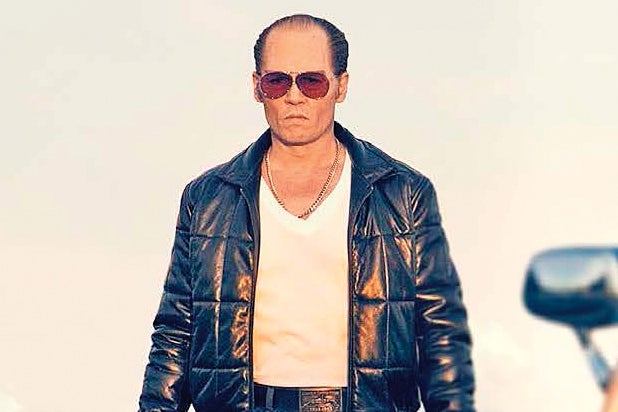 Johnny Depp has made a career out of playing colorful characters, and he’s added another to the list, judging by the first photo released from true-crime drama “Black Mass,” about notorious crime boss Whitey Bulger.

EW has the first photo featuring Depp with thinning hair, clad in leather and wielding a shotgun, with a dead body in his wake.

“He could be charming. He could be ruthless. He was like a cobra — you never knew where he could strike,” the film’s director Scott Cooper told EW.

The first footage from the film premiered at CinemaCon in Las Vegas on Tuesday.

The film will be released on Sept. 18. See the first photo below.