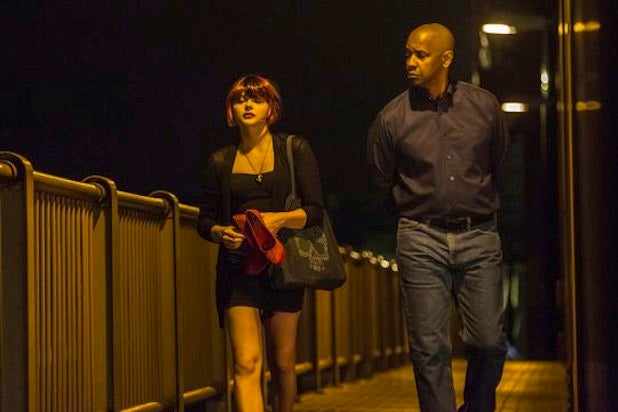 Denzel Washington is returning to hero mode this fall in “The Equalizer,” and Sony has released the first look at the 59-year-old actor playing the part.

The photo (above) shows Washington as Robert McCall — a former black ops commando who faked his death for a quiet life in Boston — walking beside co-star Chloe  Grace Moretz, who plays a young girl he agrees to come out of retirement for and protect from Russian gangsters.

“The Equalizer” reteams Washington with his “Training Day” director Antoine Fuqua for the big-screen adaptation of a TV series of the same name that ran for four seasons between 1985 and 1989.

“It’s a classic story, the innocent girl and the guy coming in to save the day and kick some butt,” Washington told USA Today. “You’ll get some popcorn and escape for a couple of hours.”

Take a look at two more stills from the Sept. 26 release, below: