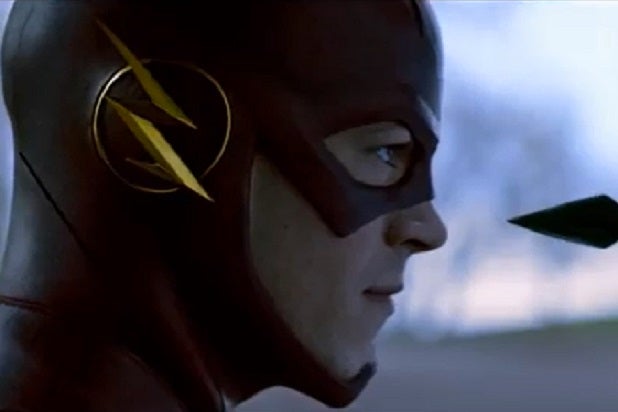 Hot off the news that the CW has given a series order to “The Flash,” the network has released a first-look trailer of the speedy superhero offering.

Also read: CW Orders ‘The Flash,’ ‘Jane the Virgin,’ ‘iZombie’ and ‘The Messengers’ to Series

The snippet features Grant Gustin (“Glee”) in the titular role as he dashes through the forest to intercept an arrow launched by Stephen Amell, in character in his “Arrow” role.

From the looks of things, this version of the Flash is going to be pretty rambunctious and cocky. You might even say he’s kind of flashy.

Check out the trailer below.