Forbes on Thursday said its parent company, Forbes Global Media Holdings Inc., has agreed to go public via a deal with Magnum Opus Acquisition Ltd., a special purpose acquisition company. The combined company will have a pro forma equity value of $630 million.

The blank-check deal will keep Forbes’ current management in place and will likely close later this year or in early 2022. Forbes, in its announcement about the deal, said it reaches more than 150 million people through its publications, live events and marketing deals.

“Through this transaction, Forbes will become a public company listed on the [New York Stock Exchange] and will be better equipped to pursue growth opportunities,” Forbes CEO Mike Federle tweeted.

Forbes’ transaction is expected to raise about $600 million in gross proceeds, which includes $200 million worth of cash coming from Magnus Opus’ trust account. Another $400 million “of additional capital through a private placement of ordinary share of the combined company (“PIPE”) priced at $10 per share from funds and accounts managed by top-tier institutional investors” is included in the deal. 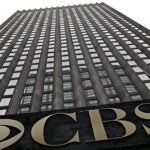 Thursday’s announcement comes during a period of deal-making in the media world. BuzzFeed in June shared its own plan to go public via SPAC, while Politico was sold on Thursday to German publishing giant Axel Springer in a deal worth about $1 billion.

Forbes, in its announcement, said it plans to use its new funds to engage users via “memberships and recurring subscriptions to premium content and highly targeted product offerings.”