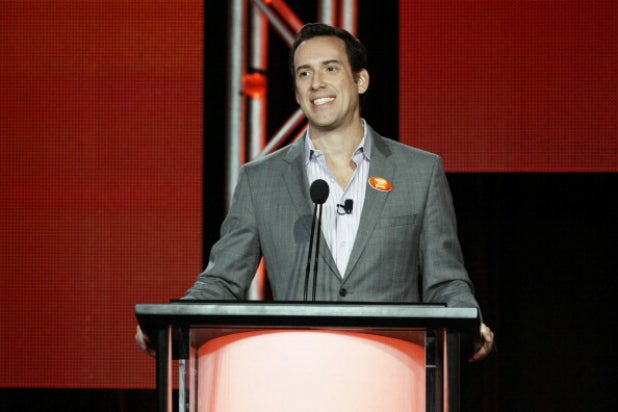 A former ABC Family President is now the chief of a new family. Michael Riley slid into the President and CEO role for independent public broadcasting and digital media network KCETLink Media Group on Monday, making him the fourth chief executive in the company’s 50-year history.

Riley, who has been consulting in the United Kingdom for the past year, succeeds Al Jerome in the position.

At ABC Family, Riley greenlit “Switched at Birth” and “The Fosters,” among other series. Under his leadership, “Pretty Little Liars” thrived both in terms of viewership and across social media. Overall, during Riley’s tenure, ABC Family became cable TV’s No. 1 network in primetime among young women for the first time in the network’s history.

Before that, Riley served as senior vice president and general manager of Radio Disney. Riley began his media career with Turner Broadcasting System in the U.K.

“After a thorough and comprehensive search from a pool of talented candidates, we are thrilled to bring Michael on board to take the reins of this great public service organization,” said , chairman of the Board for KCETLink Media Group. “Michael brings a strong track record in brand-defining content creation, strategic partnerships, acquisitions and digital leadership — both domestically and across international markets–which will allow him to build on the solid foundation and momentum created by the KCETLink team under Al Jerome’s leadership.”

“I am honored to join such a terrific and passionate team,” Riley added. “This is an exciting time for KCETLink and I’m eager to drive the organization’s mission and continue to provide thought provoking, quality content to our viewers across all media. I also look forward to deepening our engagement with the communities, partners and stakeholders that we serve here in Southern California, and across the country.”

Spencer's older sister looked guilty in her Queen of Hearts and Black Swan costumes-- but apparently those were both the result of blackmail. Now she's in London. Protecting her sister. Somehow. We think.
View In Gallery