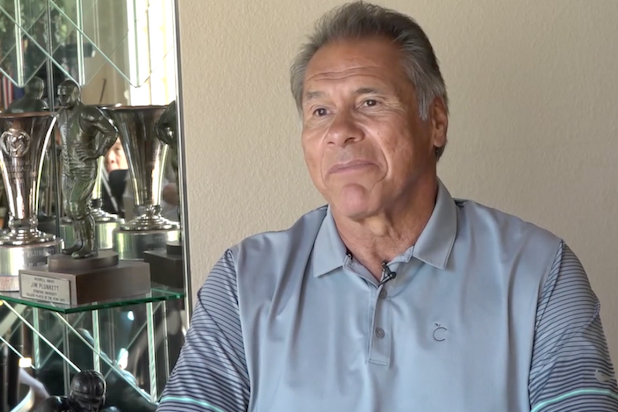 Former NFL star quarterback Jim Plunkett said his “life sucks” and it’s “no fun being in this body right now” because “everything hurts,” during an interview with Mercury News.

The 69-year-old Plunkett won the 1970 Heisman Trophy while playing at Stanford and was selected No. 1 overall in the 1971 NFL Draft. He spent 15 years playing in the league but isn’t enjoying retirement because of health issues that come with playing the sport.

He is required to take an assortment of medication, including 13 pills per day and an opioid if he wants to do something active, such as play a round of golf.

Also Read: OJ Simpson 'Will Not Be a Part of Our Functions,' USC Says

“There are a couple other drugs I take — I can’t know them all,” Plunkett told the paper. “I’ve got to take them every day to quote-unquote survive.”

Plunkett said he suffered at least 10 concussions while playing football. While the NFL has taken dramatic measures in recent years to prevent concussions, Plunkett told the paper that referees simply used to ask how many fingers they were holding up.

“If you say, ‘Three,’ they say, ‘Close enough,’ ” Plunkett told the paper. “You’d get a little smelling salt and you go right back in.”

The 2017 NFL season kicks off on Thursday, Sept. 7 when the New England Patriots host the Kansas City Chiefs.