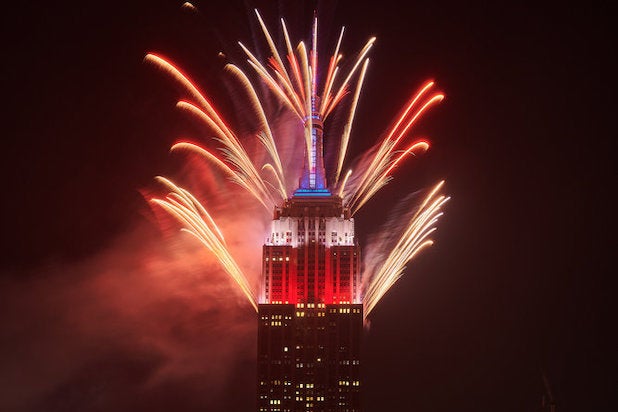 “Macy’s 4th of July Fireworks Spectacular” didn’t go off with a ratings bang Saturday, hitting new lows in both the key adults 18-49 demographic and total viewers, according to preliminary Nielsen data.

Airing from 8-10 p.m., the annual NBC event — which was only able to be semi-live this year to maintain social distancing — put up a 0.7 rating and 4.698 million viewers.

The Independence Day display’s previous low in terms of total viewers came in 2015, which was also on a Saturday. That tally was 4.958 million. Among adults 18-49, the prior low rating was a 0.9, which occurred last year, when July 4th fell on a Thursday.

Also Read: Will the 'Macy's 4th of July Fireworks Spectacular' Ratings Blow Up, or Blow Up in NBC's Face?

Even with its new lows for the biggest U.S. fireworks event of the year, NBC still won Saturday’s primetime outright, coming in first with a 0.7 rating and in viewers with 4.3 million. Of course, it was facing very little competition, with ABC (0.3 rating, 1.74 million viewers), CBS (0.2 rating, 1.71 million viewers) and Fox (0.1 rating, 508,000 viewers) all airing repeats.

Also Read: What to Watch on 4th of July Weekend: TV Viewing Guide

It’s worth noting that Saturday 8-10 p.m. is a time slot in which NBC averaged a 0.3 in 18-49 and 1.773 million total viewers in Summer 2019. And those are obviously much lower numbers than the above-mentioned rating and audience size brought in by Saturday’s event.

These new ratings lows put up by the 2020 edition of the “Macy’s 4th of July Fireworks Spectacular” are still decent and pretty much expected (as TheWrap predicted) because the holiday landed on a Saturday this year, plus the fact that most of the event was prerecorded due to COVID-19, combined with the general downward trend TV ratings have seen across the board.

What to Watch on 4th of July Weekend: TV Viewing Guide

If you're stuck inside this Independence Day weekend, here is a list of things to watch and stream from Friday through Sunday, from the Macy's 4th of July Fireworks Spectacular to Disney+'s movie version of the Broadway musical "Hamilton."