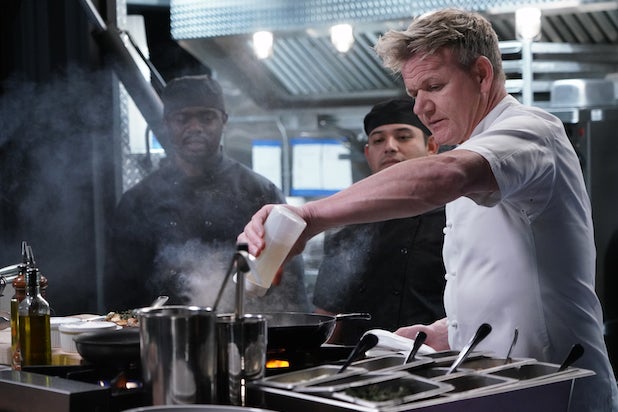 Fox isn’t used to having a weak Wednesday in TV ratings, but the network programmed an off-week (of sorts) between its “Masked Singer” season finale and the return of “Empire.” That doesn’t mean there was nothing new to watch there: Fox aired the season finale of Gordon Ramsay’s “24 Hours to Hell and Back” last night — it just didn’t do so great.

Doing it alone, Fox’s primetime lineup settled for third place in the key ratings demographic and fourth in terms of total viewers. And if NBC hadn’t programmed all reruns, Fox would have been last among the Big 4 broadcasters in both main Nielsen metrics.

Fox was third in ratings with a 0.8/3 and fourth in viewers with 2.7 million. Two hours of “24 Hours” filled Fox’s primetime schedule, averaging those numbers.

NBC was fourth in ratings with a 0.6/3 and third in viewers with 4.384 million, airing all reruns.