"American Idol," meanwhile, is being rejiggered, so the performance show is lengthened from an hour to 90 minutes, and the results show cut to 30 minutes.

Though the network’s new fall primetime schedule includes three new dramas, it spent the most time and money on comedies during this development season — and most of those Fox will launch in a new Tuesday comedy block on the back of its freshman musical/comedy hit.

"Using the power of ‘Glee,’ this is the best opportunity we’ve had in a long time to launch new live, action comedies," said Keviin Reilly, Fox entertainment president.

As for the power of "Glee," the musical series has been given the coveted post-Super Bowl slot on Feb. 6, 2011, the network said.
Fox is hoping that the three new scripted comedies that the network will offer – – "Raising Hope," "Running Wilde" and "Mixed Signals" — will give Fox’s primetime lineup better balance — and bring more women to the table. 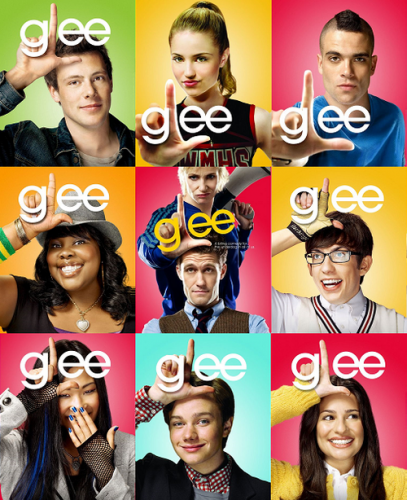 Known for pushing the envelope in comedy — which has historically brought the network critical acclaim but not necessarily stellar ratings in that genre — Fox’s new comedies are described by Reilly as being "less out-there."
"I think that in the past Fox has tried hard with comedies to tune it up to level 11," Reilly said. "These comedies will develop slowly and build up. The comedies feel classy."
Fox will air "Glee" at 8 p.m. Tuesdays, leading into "Raising Hope" and "Running Wilde." "Hope"  focuses on a dysfunctional family, while "Wilde" is about a rich, but lazy, playboy. The romantic comedy co-stars Keri Russell in her return to television.
"Getting Keri for this was the coup of the year," Reilly said. "She had no interest in coming back to TV. Everyone was chasing her and we got her."
In mid-season, "American Idol" will replace "Glee" at 8 p.m. on Tuesdays, leading into "Running Wilde" and "Mixed Signals," with "Glee" moving to Wednesdays at 9; "Raising Hope" will air at 8, leading into a half-hour "Idol" results show.
Fox, listening to viewer wishes, will shorten its "Idol" results show to a half hour next season. And the performance show, which ran overtime much of this season — much to the chagrin of viewers with DVRs.
"The comedies we’ve developed are female friendly," said Preston Beckman, executive vp, strategic program planning for Fox,
The live-action comedies will be a little different in focus to Fox’s Sunday animation comedy block, which is more male friendly. The Sunday block will return next fall intact, but a new animated comedy, "Bob Burgers" will join the lineup in mid-season.
"We want to continue to add to our animation block to keep it young and fresh," Reilly said,
This is the first time a years that Fox has not added more dramas than comedies to its schedule. But it is boastful of the dramas it is adding.
"Lonestar," on Monday night, will lead out of Fox hit drama "House." Reilly described it as "a modern day Dallas."
Reilly is also high on cutting-edge police drama "Ride Along" from Sean Ryan, creator of the long running FX Network hit "The Shield." "Ride Along" will air in mid-season, also leading out of House,
The third new drama for next season, "Terra Nova," a sci-fi from Steven Spielberg, does not have a firm date for airing — but it will be sometime in mid-season.
"We dont want to tie it into a date," Reilly said. "We want to do this show right,"
Fox is returning its Thursday night lineup of "Fringe" and "Bones" and also its long-standing Saturday night of "Cops" and "America’s Most Wanted."
As for it’s Friday night pairing of "Human Target" and "The Good Guys," Reilly believes "This is the most legitimate shot we have at doing well on Friday nights. We’ve programmed Friday night before with shows that weren’t always so compatible. But these shows are a good pairing."
As reported by TheWrap last week, Fox did not make an announcement about a replacement for departing judge Simon Cowell. Fox entertainment chairman Peter Rice said the network will be in no rush to announce a replacement and that the search could go into the summer.
Fox opened the conference call by announcing that it will win the season in ratings in the 18-49 demo for the sixth straight year, and the 18-34 demo for the eight straight year.