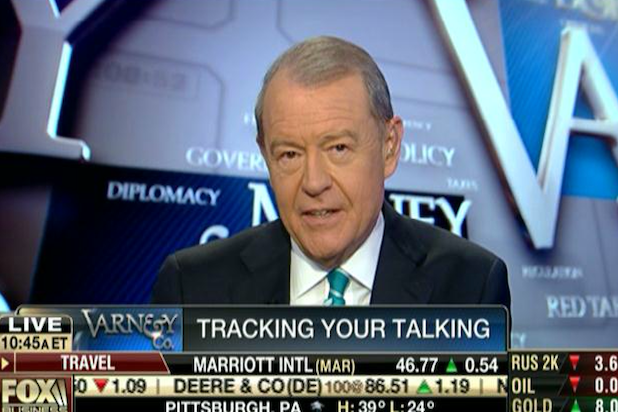 Fox Business is finally in a position to surpass CNBC as the go-to network for breaking business news.

The network soared above its arch rival in total viewers every hour of the day from 9 a.m. through 8 p.m. when the Dow Jones reached a record high of 20,000 points last Wednesday.

“Countdown to the Closing Bell” had its best day ever among the demo, averaging 67,000. But the success of Fox Business isn’t limited to last week’s historic event.

Fox Business is on pace to close January with the fourth consecutive monthly win in business day in total viewers. Business day is essentially primetime for CNBC and Fox Business, as both networks focus the stock market and financial programming.

CNBC is expected to pick up a monthly win among the key demo, but Fox Business’ four straight total-viewer victories has never happened in the nine-year history of the network.

FBN is up across the board in ratings for the month of January compared to the same month last year, which is notable considering the network hosted a GOP primary debate in January of 2016. FBN has topped CNBC during all the major market-moving events of the past year, including Brexit, the presidential election and Dow 20k.

Some skeptics point to an increase of political coverage for FBN’s rise. But the victory during the Dow’s historic day last Wednesday proves viewers are starting to prefer Rupert Murdoch’s network for straight business news, too.

CNBC launched in 1989, while Fox launched its business network in 2007. FBN’s sister network, Fox News, is regularly the most-watched network on all of cable. Despite the success of Fox News, FBN was widely considered an underdog compared to CNBC.

But over the years, FBN has hired high-profile talent, many of whom have CNBC on their resume — including Neil Cavuto, Maria Bartiromo, Trish Regan and Stuart Varney. Viewers have taken notice.