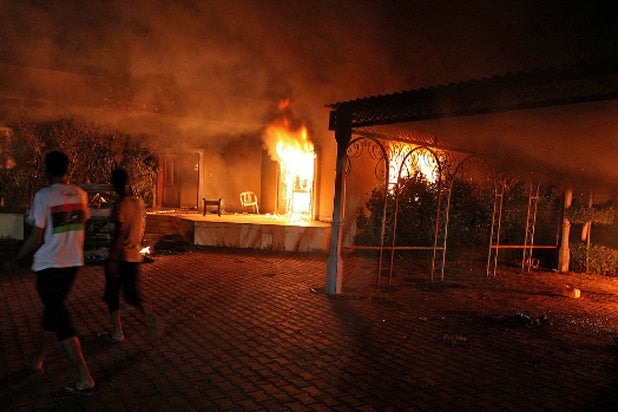 Also read: Fox News to Air Documentary '13 Hours at Benghazi - The Inside Story'

For over two years, the network has covered the consulate attacks, the deaths of the the U.S. intelligence agents, and a possible White House cover up at length, including special documentaries, exclusive interviews with U.S. security offers who were on the ground at the attacks, and airing congressional hearings on the attacks in full.

On Friday, a House of Representatives report–led by Republicans– was released late in the afternoon finding no White House intelligence failure prior to the attack and no stand-down order to security personnel. As CNN’s Brian Stelter reported on Sunday’s “Reliable Sources,” the coverage on Fox News Friday consisted of two short reports: one on “Special Report” with Bret Baier (Ed Henry filled in) and another report on “On the Record” with Greta Van Susteren.

The report by Henry was just shy of 30 seconds; Greta Van Susteren’s report lasted just over 20 seconds. There was no mention of the report on Fox News’ air Saturday.

“It’s about a narrative against the president as opposed to facts,” Stelter said Sunday about Fox News’ extensive coverage of the Benghazi story but lack of coverage when more favorable news to the administration appears.

Across the TV dial on Fox News’ “MediaBuzz,” Howard Kurtz held a panel discussion on a variety of topics. On Benghazi, Kurtz spent two minutes. “A couple brief items on Fox, nothing on the network newscasts, little bit in the newspapers. Given all the attention that Benghazi has gotten–including on this network–should that have gotten more coverage?” Kurtz asked panelist Joe Trippi.

Kurtz then said: “It was a two-year investigation–I think it deserved more coverage in all news outlets.” We should note, Fox News did post another segment to its website featuring a conversation between Kurtz and Attkisson on Benghazi.

On Sunday night, “Fox Report” with Harris Faulkner covered the House report on Benghazi during a panel discussion for less than two minutes.

Overall, between Friday and Sunday evening, the House report favorable to the Obama administration received close to five minutes of coverage on Fox News Channel.

TheWrap reached out to a Fox News spokesperson to comment on the amount of coverage they’ve dedicated to the new report released Friday. The only response we received pointed out the segments detailed in this story.

Watch the “Reliable Sources” segment and the “MediaBuzz” segment below.