Update: On Tuesday afternoon, Fox News Media’s CEO Suzanne Scott confirmed another member of the team, consultant Oleksandra “Sasha” Kuvshynova, 24, was also been killed in the same incident. News of her death was delayed out of respect for Kuvshynova’s family.

A member of the Fox News team covering Ukraine has been killed, Suzanne Scott, Fox News Media’s CEO announced to staff on Tuesday. The news was also announced on-air.

Pierre Zakrezwski had been covering the Russian invasion of Ukraine alongside Benjamin Hall just outside of Kyiv when the vehicle they were traveling in was struck by incoming fire, Scott said in an email to staff. Hall remains hospitalized in Ukraine.

In her letter to staff, Scott wrote that Zakrzewski had covered “nearly every” international story for the network, including Iraq and Afghanistan. “His passion and talent as a journalist were unmatched,” she wrote of the photographer, who was based in London. 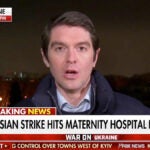 “His talents were vast and there wasn’t a role he didn’t jump in to help with in the field — from engineer to editor to producer — and he did it all under immense pressure with tremendous skill. He was profoundly committed to telling the story and his bravery, professionalism and work ethic were renowned among journalists at every media outlet,” her letter continued.

Scott said Zakrzewski had played a “key role” in helping to get Fox News’ Afghan freelance associates and their families out of the country after the U.S. withdrawal from Afghanistan last year, and he was given the Unsung Hero award at the December 2021 employee Spotlight Awards, for his work.

Scott shared Fox News’ condolences to Zakrzewski’s wife Michelle, and his family, and asked the staff to keep them in their prayers. 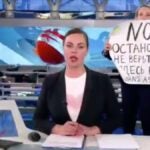 “Today is a heartbreaking day for Fox News Media and for all journalists risking their lives to deliver the news,” she concluded the staff note, adding in photos of Zakrzewski doing “what he loved” in the field.