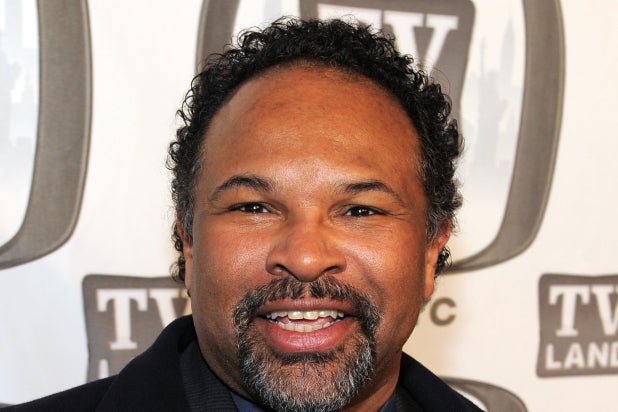 Fox News is being accused by many on social media of shaming former “Cosby Show” actor Geoffrey Owen after it reported he was spotted bagging groceries in a New Jersey Trader Joe’s.

The “Cosby Show” alum — who played Sondra Huxtable’s husband Elvin on the final five seasons of the hit sitcom from 1985 to 1992 — was captured on camera by a shopper at a Clifton, New Jersey market, and Fox ran with it. The outlet was criticized on social media for what many saw as a former actor just trying to make a living.

“‘Geoffrey Owens still acts occasionally, works at Trader Joe’s, and ministers to others in need, setting a good example for people everywhere. What a great guy,’ That’s what @FoxNews should have said,” writes Texas Congressional candidate Dayna Steele.

“Geoffrey Owens still acts occasionally, works at Trader Joe’s, and ministers to others in need, setting a good example for people everywhere. What a great guy.” That’s what @FoxNews should have said. https://t.co/Q14ZkpotYQ

The shopper who spotted Owens told the Daily Mail that she recognized Owens last Saturday night. “I was just in Trader Joe’s and I said to my wife, I said, ‘Wait a minute, that’s the guy from The Cosby Show,'” Karma Lawrence told the outlet.

Owens has continued to act since “The Cosby Show” ended, appearing in guest roles on “It’s Always Sunny in Philadelphia” and “That’s So Raven.” He most recently was featured in an episode of “Lucifer” in 2017. Others accused Fox News of being hypocrites because their on-air anchors are constantly talking about “economic anxiety” among older, working-class Americans.

You can read more reactions below:

Fox News making a sideshow out of a guy just minding his business and doing honest work. Unfortunately, it fits right in with their darkly inverted code of ethics. https://t.co/6oqQHYgHtr

Again, why is this news? When I worked on “Thirtysomething” I was also summarizing depositions to pay my rent. Why are you trying to humiliate this honorable, hardworking actor? Shame on you! #geoffreyowens – many great blessings are coming your way! https://t.co/8tgvW3iixr

I swept floors AFTER the @NFL. If need be, I’d do it again. Good honest work is nothing to be ashamed of. https://t.co/8mseCpaIqz

#NOSHAME in good, honest, hard work. He’s being a man in doing what he needs to do to provide for himself and his family. Much respect to you Sir! https://t.co/rQoNdnj6bd

Those of us who have been in this industry awhile know the determination it takes, through good times and bad. We’ve all been there.
I got nothin’ but love for you, #GeoffreyOwens. An honest day’s pay for an honest day’s work. https://t.co/UUQg6KHdQL

There are so many ridiculous misconceptions about actors I could write a book about it! A tip of the hat this #LaborDay to honor all #ActorsWithDayJobs. Hold your head high Geoffrey! I'm also a proud @sagaftra @ActorsEquity & @directorsguild member & supporter! #UnionStrong https://t.co/SbVu6jgE22

Also Read: Second Fox News Reporter Exits This Month: 'Unhappy With the Tone of the Conversation'

And he’s making more money than Cosby these days. Good for him. Now maybe some casting director will take note of a fine man who swallows his pride and is willing to work. #GeoffreyOwens https://t.co/B1rkk5vLjC

Right now I'm on the of the lucky few who gets to just be an actor. But for 15+ years, I was also an admin assistant, customer service manager, online community manager, freelance writer, telemarketer, & SAT tutor… & will do it again if I gotta. #ActorsWithDayJobs #LaborDay https://t.co/nAv5NTlSY6

I worked in a Wetherspoons kitchen after being in Harry Potter. I needed a job, no shame in that. And you know what? I really enjoyed it! You do what you need to do and that's nothing to be ashamed of. https://t.co/1RI8sltHMe

In between One Tree Hill and Cougar Town I went back to work as a cocktail waitress. During the first season of Crazy Ex I sold Beauty Counter (don’t at me, I like MLMs). Work is work, no one job is better than another. https://t.co/BeElvFzYTI

Waitress, hostess, box office worker, nanny, receptionist, personal organizer. The norm for an artist is not being paid to do what we love, the norm is to HUSTLE and do whatever it takes to chase that dream. There is no shame in that—only pride. #ActorsWithDayJobs #laborday https://t.co/GypQs9HrLi

????????‍♀️Got a job as a hostess when I left General Hospital. Many didn’t understand why I’d leave #GH without another acting gig waiting for me. (If only we could all be so lucky). This is what dedication to your artistic happiness actually looks like. #actorswithdayjobs https://t.co/t1nGRFf9Zz

Thank U @sagaftraFOUND I’m a proud, union working actor for 30 yrs & at various times, between acting gigs, I waitressed, painted houses, & cooked in a restaurant kitchen. Cheers to ALL actors who take care of themselves & their families. #LaborDay #ActorsWithDayJobs ???????? https://t.co/WrwqAeTHYt