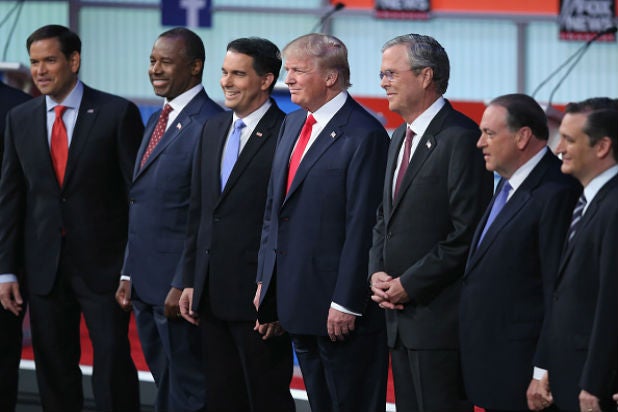 Democrats on the Federal Election Commission tried to punish Fox News for the way it selected candidates for last August’s presidential debate, but the network walked away unscathed.

Stuart Gerson, who served as Fox News outside counsel on the matter, says that Fox will not be punished after the FEC closed the file on Thursday.

“What this demonstrates is that there is a breakdown in the FEC,” Gerson told TheWrap. “As far as Fox is concerned, the case is over.”

Republican presidential candidate Mark Everson, who did not make the cut for last summer’s Fox News GOP debate, filed a complaint that he was wasn’t chosen to be one of the 17 candidates spread out between two debates. The primetime version of the debate, which featured the infamous Megyn Kelly/Donald Trump showdown, ended up being the most-watched non-sporting event in cable TV history.

Everson claimed that Fox was essentially making 17 campaign contributions by allowing them to participate in the event.

Gerson doesn’t agree. “As far as Fox News is concerned, what they did, with respect to the two-tier debate … they acted in a reasonable way,” he said. “There were, literally, several hundred candidates … the cut had to be made someplace.”

The vote was made public today and officially clears Fox News, as a 3-3 tie results in no action. Three Republican commissioners voted in favor of Fox News. This was the first time in history that members of the FEC voted to punish a media outlet’s debate sponsorship, according to the Washington Examiner.

Gerson feels that several Democrat commissioners have been acting in a partisan way and the whole thing was simply much ado about nothing.

“This entire matter should have been disposed of under the news exemption of the federal election campaign act and, yet … some commissioners wanted to make some kind of political point,” he said. “When pressed on it, even one of the Democrats admitted that Fox had acted in an entirely reasonable way in expanding, not contracting, the forum.”

CNN held a similar debate with the same setup and the FEC has given no indication that similar action will be taken.