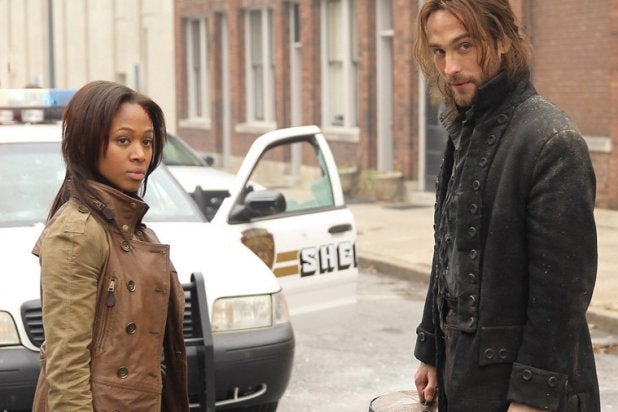 Fox Television Group co-CEO Dana Walden says that the network does not know at this time if the recently announced season of “Sleepy Hollow” will be the show’s last.

“We’re not sure if it’s the final season or not,” Walden said on a conference call regarding the Fox fall schedule on Monday. “There were a variety of factors that led to the end of the season this year. It was not a decision we wanted to make initially. We ended up being put in a situation where that was the decision that needed to be made.”

The “decision” Walden referred to was the decision to kill off lead character Abbie Mills (Nicole Beharie) at the end of Season 3. The move angered many fans of the show, with many of them saying that they did not want a Season 4 if Beharie was not going to be on the show.

Also Read: 'Sleepy Hollow' Renewed, But Some Angry Fans Say No Thanks

“While there was backlash, there was a tremendous amount of enthusiasm about the show coming back and about Tom [Mison] having the ability to be the center of the series and discover new dynamics and new relationships,” Walden said. “It’s a very original premise and we felt like it had greater life in it and there was no reason to end it at that point.”

“Sleepy Hollow” Season 4 will air at the midseason mark on Fridays at 9 p.m./8c on Fox.