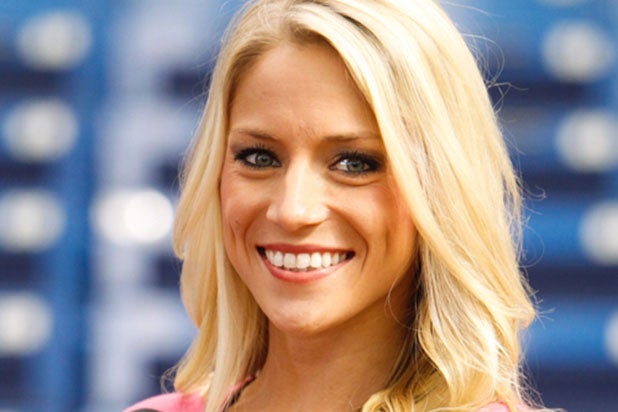 Fox Sports sideline reporter Emily Austen has been fired after making racially insensitive remarks on an unaffiliated show on Thursday.

Appearing in a Facebook live video for Barstool Sports, Austen made multiple offensive comments about race while discussing a high school valedictorian who boasted about being an undocumented immigrant on Twitter.

“I didn’t even know Mexicans were that smart,” Austen said after one of the co-hosts mentioned the girl had a 4.5 GPA. “I know that’s f—ed up, I didn’t mean it like that,” she insisted. “You guys know that the Chinese guy is always the smartest guy in math class.”

“Everybody thinks that. I love all people, I don’t care if you’re white, yellow, brown,” she continued. “The way I used to talk to the Jews in Boca, because I was a server, I just didn’t care … They would complain and b—- about everything.”

In a statement to Deadspin, Fox Sports Florida SVP Steve Tello said that the network has cut ties with the reporter because her comments “were unacceptable.”

“We were made aware that Emily Austen appeared in a social media video unaffiliated with FOX Sports in which she made insensitive and derogatory comments,” the statement said. “She was not speaking on behalf of FOX Sports, nor do we condone any of the statements she made in the video. Emily has been advised that her comments were unacceptable, and she is not scheduled to appear on any upcoming FOX Sports Florida or FOX Sports Sun broadcasts.”

The video has since been removed from the Barstool Sports Facebook page. But according to Deadspin, it was picked up on Reddit, where growing outrage brought it to Fox’s attention.

Watch the video (The offending comments begin around the 25-minute mark).