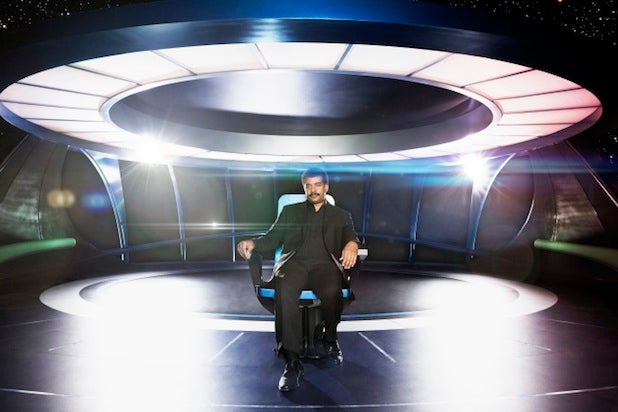 Based on this U.S. Live + Same Day performance and the additional countries in which it will be airing this week, Fox is projecting that the global total audience number for the “Cosmos” premiere this week will be more than 40 million.

On the main Fox broadcast network itself, “Cosmos” received a 2.1 rating in the advertiser-sought 18-49 demographic, and had 5.8 million viewers.

“Cosmos” had stiff competition on network and cable TV on Sunday. ABC’s “Resurrection” earned a 3.6 rating in its own debut and 13.6 million viewers. HBO’s “True Detective” finale pulled in 3.5 million viewers. Those shows also went up again AMC’s “Walking Dead,” which had 12.7 million viewers.