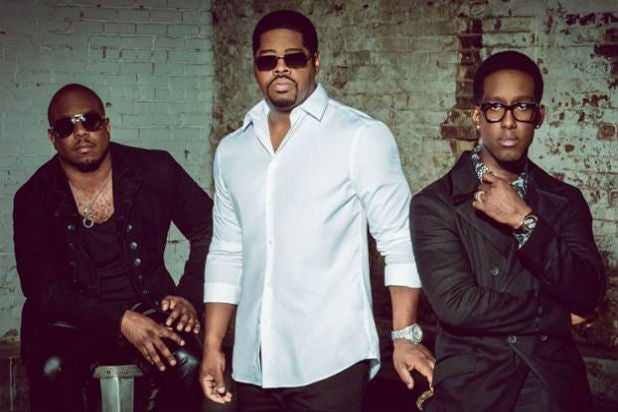 The group will appear as “Teen Angel” and sing the song “Beauty School Dropout,” which was performed in the 1978 film version of “Grease” by Frankie Avalon.

Boyz II Men remains one of the most iconic R&B groups in music history. The threesome’s four Grammy Awards are just the tip of the iceberg: throughout its 25-year career, Boyz II Men has also won nine American Music Awards, nine Soul Train Awards, three Billboard Awards, a 2011 MOBO Award for Outstanding Contribution to Music and a star on the Hollywood Walk of Fame,

The group currently enjoys a residency at the Mirage Resort and Casino in Las Vegas, which started in 2013 and will run through 2018.

The trio holds the distinction of being the best-selling R&B group of all time, with 60 million albums sold. Boyz II Men’s past hits include “End of the Road,” “I’ll Make Love to You,” “One Sweet Day,” “Motownphilly” and many others.