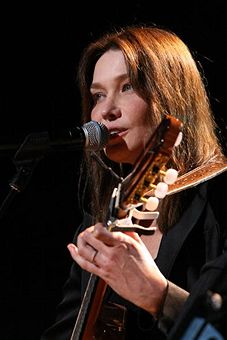 The former supermodel, wife of President Nicolas Sarkozy and aspiring singer-songwriter says she doesn’t know what role Allen has in store for her — and admits she could be a terrible actress.

Sarkozy made the revelation on Canal Plus television, where she appeared for an interview and duet with crooner Harry Connick Jr.