Lessons learned this summer on the Paramount lot? Make lots of franchises.

After the big numbers posted this summer by “Star Trek”  ($257 m) and “Transformers: Revenge of the Fallen” ($401 m) and even “G.I. Joe: The Rise of Cobra” ($294 m), the studio is hunkered down making fewer movies for less money that are franchises and thus likely to keep spinning off money, according to executives who run the place. 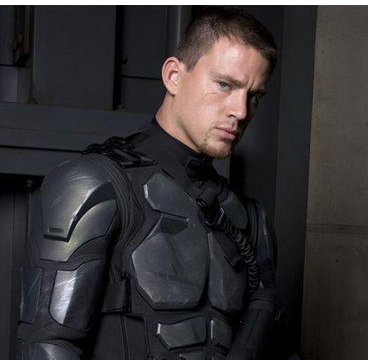 There are plans afoot to make a sequel to “Star Trek” with J.J. Abrams, naturally.

Also in the cooking phase is yet another “Mission: Impossible” with Tom Cruise, with Abrams – who directed the third in the series – attached as producer.

But the kicker that makes the studio Franchise Central is a vote to make a sequel to “G.I. Joe,” which endured all manner of pre-release rumors that it was troubled, and reportedly cost something close to $200 million to make. It got slammed by the critics.

But it made a boatload of dough.

“We weren’t happy with the movie,” said a senior Paramount executive, who spoke on condition of not being identified.  (A whopping 37% on Rotten Tomatoes.)

But plans are moving forward.

And while Paramount is moving on the sequel, the powers that be also are demanding that it cost less a lot less than the original, something that is usually nigh impossible to accomplish with a successful blockbuster.

Also, they want the movie to be good this time.

Dennis Quaid, who played General Hawk, has already said he’s interested in playing the commanding officer again. No surprise there.  The lead actors are tied up for another installment, including Marlon Wayans, Sienna Miller and Rachel Nichols.

No word on Stephen Sommers, who may well be associated with some of the highest-grossing schlock this decade.

It’s the way to get through a recession.

“We’re having a good year as these things go,” said the executive. “But it’s a rough, rough time. Every day is a struggle.”