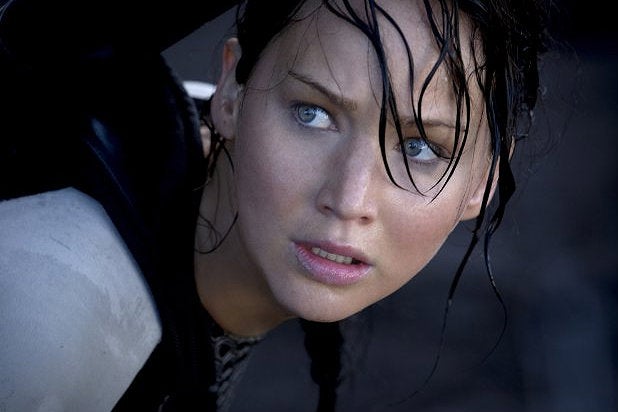 “Frozen” got off to a terrific start at the box office, but “The Hunger Games: Catching Fire” was even better as the Thanksgiving weekend began Wednesday.

The Disney Animation 3D family film brought in an estimated $15.2 million – better than the $12 million first day for “Tangled” – and could wind up near $80 million for the five days.

But reigning champ “Catching Fire” was blazing, and brought in a whopping $20.7 million Wednesday. On that pace, Lionsgate’s Jennifer Lawrence sequel could be heading for a $100 million second week. The big Wednesday comes on the heels of a $12 million Monday and a $16 million Tuesday, and “Catching Fire” has now taken in more than $206 million domestically after six days.

“Frozen” received a glowing “A+” CinemaScore from first-night audiences. The musical “Black Nativity” also opened Wednesday and received an “A-” from audiences, and the Jason Statham thriller “Homefront” got a “B,” but neither was connecting at the box office.

Open Road’s R-rated “Homefront” took in a soft $1.4 million from 2,572 theaters, and is on pace for around $7 million over the five days. Fox Searchlight had the PG-rated “Black Nativity” in 1,516 theaters and it brought in just $439,640, which means it’s looking at $3 million for the long weekend.

Fox expanded its Oscar hopeful “The Book Thief” from 70 theaters to 1,234 in its fourth week and it took in $715,720 Wednesday to finish sixth, which could put it at around $7 million for the five days.

The strong Wednesday showings by “Frozen” and “Catching Fire” means Thanksgiving Day, typically one of the year’s strongest for moviegoing, could be huge. On its current pace, the weekend would come in a little below last year, when “The Twilight Saga: Breaking Dawn 2” and “Skyfall” led the way, and “Lincoln,” “Life of Pi” and “Wreck-It Ralph” provided depth.