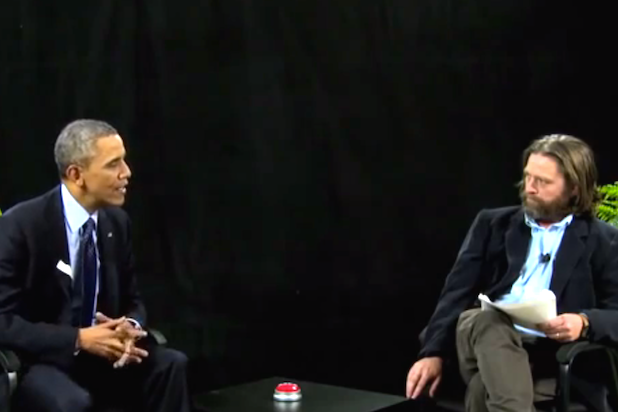 Just in time for another — presumably hilarious — presidential election, the site that caught President Barack Obama between two ferns, Funny or Die, is opening a Washington bureau.

The site’s new D.C. digs will be headed by Brad Jenkins, a former associate director in the White House Office of Public Engagement, the comedy site announced.

Jenkins will work out of the offices of tech incubator 1776, and will be charged with creating “breakthrough content for millions of Americans disengaged from the political process.”

In addition to creating new content, under Jenkins’ direction, Funny or Die DC will also provide consulting services on social media, talent outreach, writing and branding strategies for a range of clients.

Valerie Jarrett, senior adviser to Obama, said in a statement that Jenkins “served as a key link to creative executives, artists, advocacy leaders and more.”

Funny or Die President of Production Mike Farrah said that Jenkins was “the perfect person to lead our D.C. office because he understands how we work and how we can make a difference.”

The Emmy-award winning “Between Two Ferns With Zach Galifianakis: President Barack Obama” led to a 40 percent increase in visits to Heathcare.gov when it launched back in March 2014.

Funny or Die launched in April 2007 and has over 19 million unique users per month and over 60 million video views per month.

D.C. Down: 10 Movies That Destroyed Our Nation's Capitol

In honor of "White House Down", TheWrap looks back at Hollywood's history of wrecking the nation's capital.

"Olympus Has Fallen"
View In Gallery