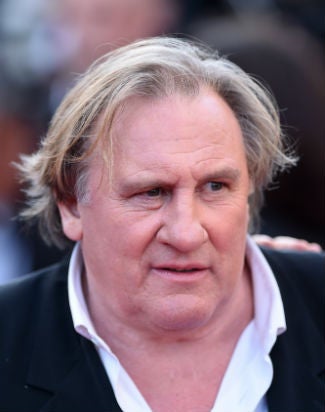 The financial terms of the deal were not disclosed.

A tale of revenge and redemption set against a backdrop of the modern day Russian Federation, the noir-style film follows Viktor (Depardieu), a man who is consumed by the guilt of his son’s murder in Moscow so he enters the Russian underworld on a mission of vengeance. Hurley plays Alexandra, Viktor’s lover who backs him in his quest.

Depardieu caused a stir in the past year when he reportedly claimed he planned to abandon his native France for Russia after receiving citizenship — and a passport — from Russian president Vladimir Putin. The “Green Card” actor said in a later interview that he would likely opt for dual citizenship between France and Belgium.

Depardieu, 64, had been protesting a proposal to increase the tax rate on income over $1 million to 75 percent from its current rate of 31 percent, and reportedly set up residency in a Belgian town bordering on France.

“Viktor” was written and directed by Philippe Martinez, who recently executive produced “Harsh Times.” The film was produced by Arnaud Frilley and was acquired by Saradan Media.

Depardieu is represented by Artmedia.