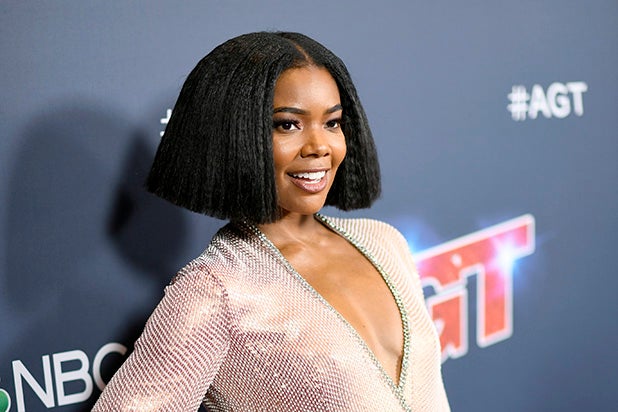 Gabrielle Union described her sit-down with representatives for NBC as a “productive” five-hour meeting about her “desire and hope for real change” in a tweet on Wednesday.

“We had a lengthy 5-hour, and what I thought to be, productive meeting yesterday,” the former “America’s Got Talent” judge wrote. “I was able to, again, express my unfiltered truth. I led with transparency and my desire and hope for real change.”

Union’s tweet comes after NBC and “America’s Got Talent” producers Fremantle and Syco said in a statement last week that they planned to meet with Union to hear her “concerns” about the “workplace culture” on the show following her dismissal and subsequent criticism of the environment she left behind. It was reported Monday that Union would sit down in person with legal representatives for the network sometime this week.

“The initial conversation was candid and productive,” NBC said in its own statement about the meeting. “While there will be a further investigation to get a deeper understanding of the facts, we are working with Gabrielle to come to a positive resolution.”

News first broke on Nov. 22 that Union and fellow “America’s Got Talent” judge Julianne Hough would not return for the show’s 15th season next year. It was later reported that Union’s contract was not renewed, with multiple reports describing behind-the-scenes clashes between Union and the show’s producers over what was described as a “toxic” workplace culture.

Many flooded to Union’s defense after reports about her complaints began to surface, including former “AGT” judges Howard Stern and Sharon Osbourne. Both spoke out against the “boys’ club” environment on the show, which they said was facilitated by executive producer-turned-judge Simon Cowell.

Time’s Up President and CEO Tina Tchen publicly called on NBCUniversal to “change its culture so discrimination, harassment, and retaliation are no longer tolerated at the company.”

“Not only did Union reportedly endure and witness racist and inappropriate behavior — including racially-insensitive comments and excessive criticism about her physical appearance — but it also appears she was punished for speaking out,” Tchen said, also issuing a petition urging the company “to take Union’s allegations seriously.”

Also Read: Time's Up on Gabrielle Union's 'AGT' Ouster: NBCU 'Still Has a Lot of Work to Do to Change Its Culture'

Julianne Hough — who was also fired after this season — issued her own statement.

“I had a wonderful time on America’s Got Talent, I loved working with the cast, crew and producers,” the former judge — who has an upcoming holiday special on NBC — said. “I am happy to continue my working relationship with NBC.”

Later, in an interview with People, Hough added, “I just believe and value, at the highest regard, that everybody has a voice and should be heard, first and foremost. And then I believe that the paradigm of the workplace and how you do business and work with people now, it’s shifting, and I think that the people that really want to see change happen are going to authentically and positively and integrally do that. And so that’s all I really have to say about that.”

Last week, NBC and the show’s producers issued a joint statement defending the “America’s Got Talent’s” “long history of inclusivity and diversity in both our talent and the acts championed by the show.”

“The judging and host line-up has been regularly refreshed over the years and that is one of the reasons for AGT’s enduring popularity,” the statement read. “NBC and the producers take any issues on set seriously.”

We had a lengthy 5-hour, and what I thought to be, productive meeting yesterday. I was able to, again, express my unfiltered truth. I led with transparency and my desire and hope for real change.