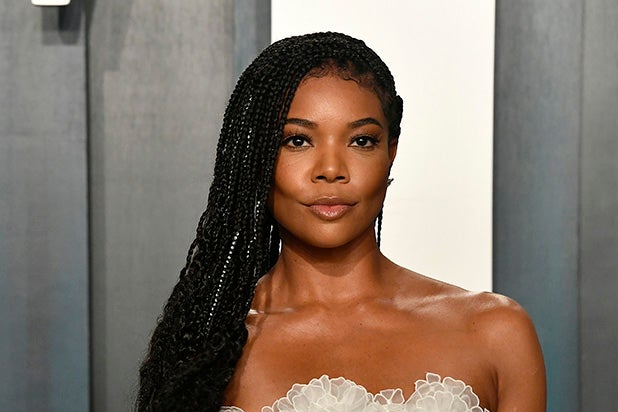 Former “America’s Got Talent” judge Gabrielle Union has filed a discrimination complaint against NBCUniversal and the show’s producers, saying that NBC boss Paul Telegdy threatened her in an attempt to keep her from speaking out about her time on the show.

“When Gabrielle Union informed NBC of racially offensive conduct during the taping of ‘America’s Got Talent,’ NBC did not ‘stand’ with her in ‘outrage at acts of racism,'” Union’s attorney Bryan Freedman said in a statement to journalist Yashar Ali. “Instead, NBC did not care enough to either promptly investigate Ms. Union’s complaints or even ask HR to get involved. Rather, NBC stood against her and directed its ‘outrage’ at Ms. Union for whistleblowing about the racially offensive conduct she experienced while working for NBC on America’s Got Talent.”

Freedman went on to allege that Telegdy “threatened Ms. Union in an attempt to silence her from telling the truth about racist actions that took place on the show.”

NBCUniversal denied the allegation in a statement on Thursday and stood by the results of the outside investigation into the matter, which found no evidence of misconduct.

“The allegation that anyone involved in this process threatened Ms. Union is categorically untrue,” the company said in a statement. “We took Ms. Union’s concerns seriously, and engaged an outside investigator who found an overarching culture of diversity on the show. NBCUniversal remains committed to creating an inclusive and supportive working environment where people of all backgrounds are treated with respect.”

Union’s complaint was filed with California’s Department of Fair and Equal Housing, which fields complaints regarding unlawful discrimination, harassment and retaliation in the workplace and lays the groundwork for future legal action.

In addition to NBCUniversal, producers FremantleMedia and Simon Cowell’s production company Syco Entertainment were also named in the complaint.

The complaint is further continuation of a dispute between Union and “AGT” that began when the former judge exited the show last fall. Union has since spoken out about incidents of racist and otherwise inappropriate behavior on set, as well as a failure on the part of the show’s producers to respond.

Shortly after her departure, NBCU, Fremantle and Syco commissioned an investigation into Union’s complaints which found that “no one associated with the show made any insensitive or derogatory remarks about Ms. Union’s appearance, and that neither race nor gender was a contributing factor in the advancement or elimination of contestants at any time,” according to a statement from the three companies.