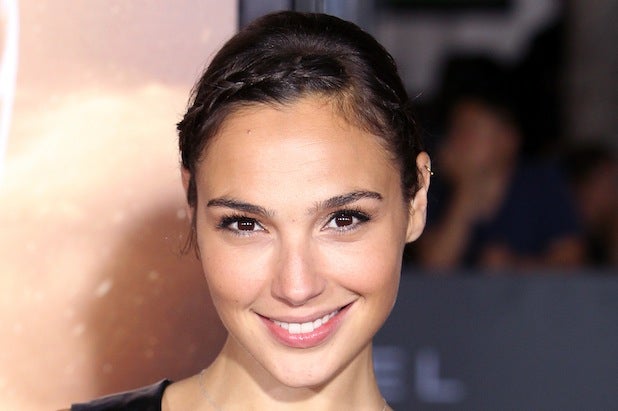 Israel’s top entertainment show “Good Evening with Gai Pines” landed a huge get when Israeli model-actress Gal Gadot stopped by to give her first public comments since being cast as Wonder Woman in “Batman vs. Superman.” While the interview was conducted in Hebrew, a helpful reader at Batman News translated the comments to share with the world. We’ve edited them for clarity.

Where were you when you heard the news that you’d been cast as Wonder Woman?

I was just on my way to shooting in LA. I landed in NY on a connection flight when my agent, Hadas Lichtenstein, called me. She says to me “Wonder Woman!” and I’m like “What?” – “The role is yours… and it’s a secret and the news is not yet announced and you can’t tell anyone.” I’m saying to her “Are you serious?” — and we both scream! Now it’s a plane from Israel to NY and I can’t make loud noise, so I lean on a window, bending down to my legs and just try to understand. Long story short — I was totally alone in NY. I got to a hotel at 12 a.m. and needed to wake up in the morning for shootings. I remember laying in the darkness by myself, staring at the ceiling, telling myself “It’s not real!” It shouldn’t be like that, I’m supposed to be like, “where’s the champagne?”

It’s been said that you’re too skinny for the part. Wonder Woman is large-breasted, is that going to change?

Hmm. I represent the Wonder Woman of the new world. Breasts… anyone can buy for 9,000 shekels and everything is fine. By the way, Wonder Woman is Amazonian, and historically accurate Amazonian women actually had only one breast. So, if I’d really go “by the book,” it’d be problematic.

So you’re not going to gain a little weight and start eating carbs before filming begins?

There you have it, folks! While comic book fans have been quick to criticize Gadot’s appearance, I don’t anticipate that being a problem. I’m more concerned with whether she has the dramatic chops to make audiences emotionally invest in her relationship with Batman, who will be played by Ben Affleck.

Also of note is the physical training that Gadot mentions, which begs the question of whether Wonder Woman will be merely introduced in “Batman vs. Superman,” or if she’ll actually see combat. Despite her small statute, Gadot should be able to handle herself around her muscular male co-stars, having served two years as a solider in Israeli Defense Forces.