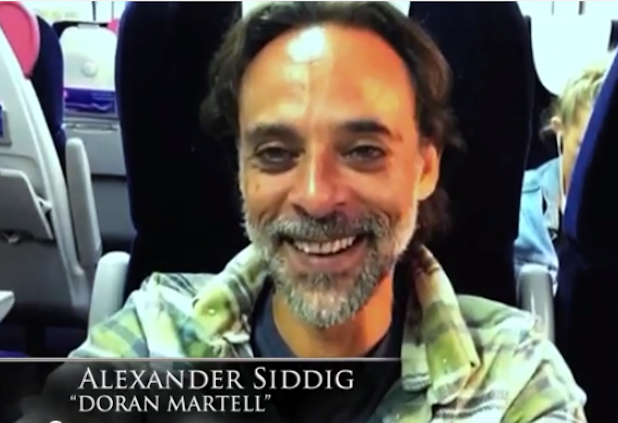 “Game of Thrones” churns through new characters every season, a byproduct of its bloody nature.

“My reputation for killing is exaggerated,” author George R.R. Martin said during the show’s panel Friday, arguing that showrunners David Benioff and D.B. Weiss are far bloodier. “I may only be the second ranked murderer on the panel.”

Also read: ‘Game of Thrones’ Star Sophie Turner Faces Herself in Creepy ‘Another Me’ Trailer (Video)

The show will welcome nine new characters for season five:

Alexander Siddig as Doran Martell, the ruling lord of Dorne and brother to Prince Oberyn Martell, who was killed at the end of season four.

Jessica Henwick as Nymeria Sand, one of Oberyn’s bastard daughters.

Rosabell Laurenti Sellers as Tyene Sand, another daughter of Oberyn’s.

Jonathan Pryce as High Sparrow, a pious man who secures a large following in King’s Landing.

You can watch all of the castmembers introduce themselves here: