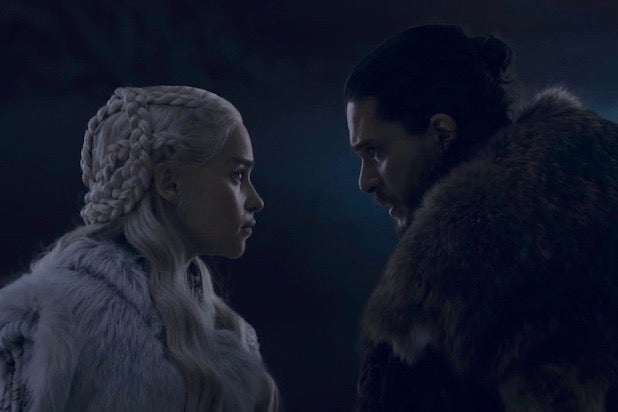 (Spoiler alert: Stop reading now if you do not what to know what happened on Sunday’s “Game of Thrones” episode, “The Long Night.”)

Victory! A series-record 17.8 million people watched “Game of Thrones” Episode 803, titled “The Long Night,” on Sunday. That counts multiple platforms — including streaming on HBO Go and HBO Now — and one encore airing.

The sum is up 12% from the prior week, which saw the second episode of the current and final season draw 15.9 million multiplatform viewers. This Sunday’s 9 p.m. TV airing alone scored 12 million viewers, a season-high for the time slot (the Season 7 finale is still the record-holder there).

The huge “Thrones” audience provided an awesome lead-in for Bill Hader comedy “Barry,” which earned another series-high of 2.5 million multiplatform viewers at 10:30 p.m. “The Long Night” was appropriately titled, clocking in at a series-long 82 minutes.

The good guys won the Battle of Winterfell on Sunday when Arya Stark slayed the Night King with a little Valyrian steel action. You’re next, Cersei.