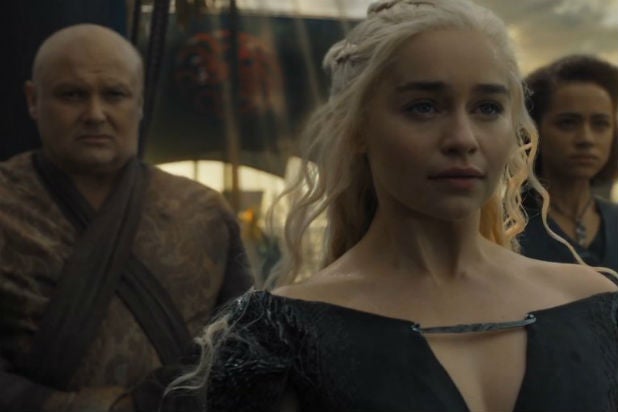 “Game of Thrones” has just broken a 12-year-old record. On Sunday night, HBO’s fantasy drama won its 38th Primetime Emmy award, surpassing NBC’s “Cheers” spin-off “Frasier” as the series that has taken home the most hardware over its lifetime.

“Game of Thrones” came into Sunday’s show with 35 total Emmys — then earned Best Drama Series as well as writing and directing prizes for the episode “Battle of the Bastards.”

“Frasier” won 37 Emmys throughout its 11-year run, which ended in 2004. It has taken just over half that time for “Game of Thrones” to trump that historic benchmark.

“Game of Thrones” started on the path to this particular record in 2011, when Peter Dinklage snagged a win for Supporting Actor and the main title brought glory to House HBO.

Throughout the next five seasons, the total has only swelled — it won 12 last season alone — and the show was nominated in 23 categories this year, with four wins thus far for its sixth season.

In 2015, the show finally took home the big prize for Best Drama. Aside from the occasional acting win, many of “Game of Thrones” other wins have come in the directing and more technical categories. The series has won a makeup category (prosthetic or non-prosthetic) for the last four years.

HBO is getting while the getting is good: “Game of Thrones” is set to end after two more seasons — thus will end a long, long reign.