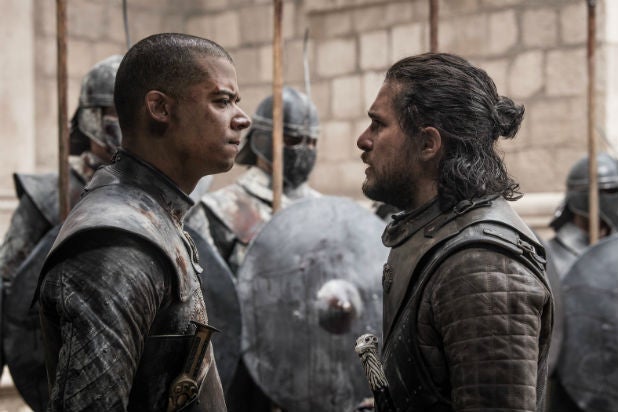 “Game of Thrones” creators David Benioff and D.B. Weiss will no longer be attending the HBO series’ panel Friday during Comic-Con.

The show sent out an updated list of those attending its final season panel on its Twitter account Wednesday afternoon, which also no longer includes cast members Iain Glen, Nathalie Emmanuel and director Miguel Sapochnik. HBO told TheWrap the five dropped out due to scheduling and production conflicts.

Along with the recently concluded hit series, the network will also hold panels for “Westworld” and “His Dark Materials” and “a surprise in-world opportunity” for Damon Lindelof’s “Watchmen.”