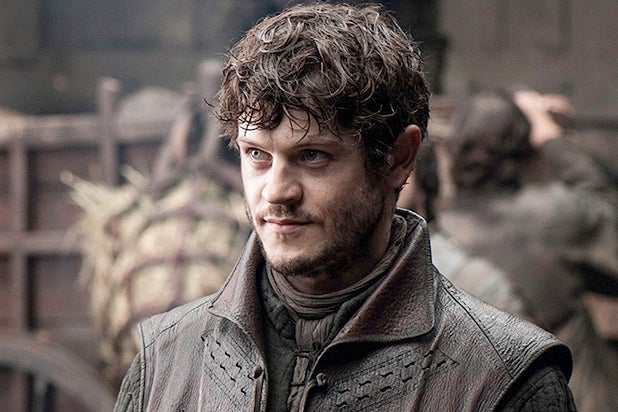 Spoiler Alert: Please do not read if you have not watched Sunday’s episode of “Game of Thrones.”

Did you know that Ramsay Bolton is evil? Really, really evil? Well, David Benioff, D.B. Weiss, and the “Game of Thrones” writers are going to make sure that you know.

In the latest episode, the most hated man on television reached new lows with a bloody power move that turned him from House Bolton’s illegitimate son to the new Lord of the North.

In an attempt to secure his shaky status as the heir to Winterfell, Ramsay impulsively decided to indulge his murderous tendencies in the worst way possible. He knifed his father, Roose Bolton, right in the heart. It’s the first major death of this season, and it would have been enough to get fans talking.

Also Read: 'Game of Thrones': Who Is the Three-Eyed Raven? A Short Explainer

Instead, Ramsay took things even further, killing his stepmother Walda and her newborn child, thereby eliminating the only challenger to his birthright.

When Walda begged to be spared, Ramsay coldly responded, “I prefer to be an only child” before setting his hounds on what’s left of his family.

After that moment, fans began yearning for those idyllic days when Joffrey was the most vile person in Westeros.

I’m in the middle so no spoilers please but I never thought what I’m about to say is possible. I hate a character more than Joffrey!

Lots of people are complaining about Ramsey Bolton right now. Someone should probably make a ‘Miss me yet?’ macro of Joffrey.

But some fans are feeling disgust not towards Ramsay, but toward the writers’ room. “GoT” Twitter was sprinkled with complaints that the show was overdoing it with Ramsay’s scumbag antics, turning him more into a caricature rather than a well-rounded villain like Cersei and some of the other characters people love to hate.

Fans also complained that the show was relying too much on shock value, using the violent death of a newborn child to get viewers to hate Ramsay when he had long ago been established as an irredeemable scumbag.

The worst thing about Ramsay now is how predictable he is in his shock-value savagery. Who didn’t see that coming? @WiCnet #GameofThrones

We get it. It’s violent. And awful. You don’t have to be disgusting. #GameofThrones

Honestly ramsay is a boring character. No dynamic, no motivation. Just evil.

It seems that the “GoT” team may have anticipated such a reaction to Ramsay. In an interview with Entertainment Weekly, episode writer Dave Hill insisted that this kill is different than the others Ramsay committed in past seasons.

“Ramsay’s sad, he’s not a complete psychotic madman,” said Hill. “He regrets having to kill his father. He’s actually trying to live up to this father’s standards and become the man his father wanted him to be — in his own sociopathic killer way.”

There is never a lack of bloodshed on "Game of Thrones." From heads being sliced off and trials by combat to death by dragon, here are the best "Storm of Swords" from the fantasy series.