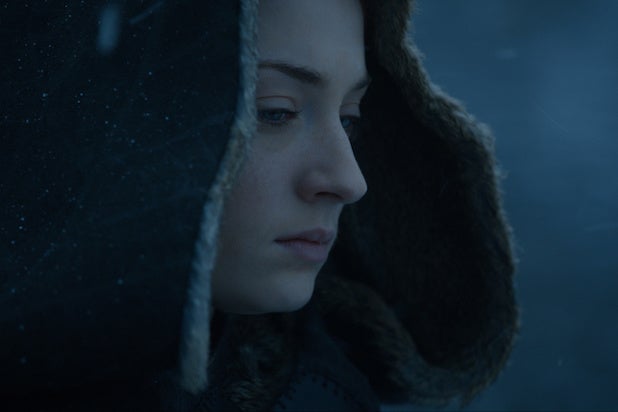 Winter will finally be coming for “Game of Thrones” fans in 2019 and we know you’re dying to find out how it all ends when the eighth and final season of HBO’s epic fantasy lands.

However, you might want to savor this time before you’ve seen the finale, as Sansa Stark (Sophie Turner) herself isn’t entirely sure it will be “satisfying” for you in the end.

“A lot of tears. I think, you know, as an actor it was really satisfying — I think for everyone, everyone’s storylines — to be able to act out the way that it all ends. It was really satisfying for us,” Turner told IGN, while revealing how it felt to read the final “GoT” script, in a phone interview Wednesday.

“Who knows if it will be satisfying for the fans,” Turner continued. “I think a lot of fans will be disappointed and a lot of fans will be over the moon, I think. I think it will be really interesting to see people’s reactions, but for me reading the script it was just like heartbreaking to read at the very final page of the script it just says, ‘End of Game of Thrones’. That was really emotional.”

Well break our hearts why don’t you, Soph?

Turner also teased a bit about where the final season will find Sansa, saying “she kind of takes ownership over who she is and what she stands for.”

“Over the course of the series she’s been completely unaware of what she wants, where she wants to be, who she really is, and at the end of this season, I feel she is the most self-assured character in the show,” Turner said.

“Game of Thrones” Season 8 will premiere sometime in the first half of 2019.